How the Blockchain Can Save Refugees 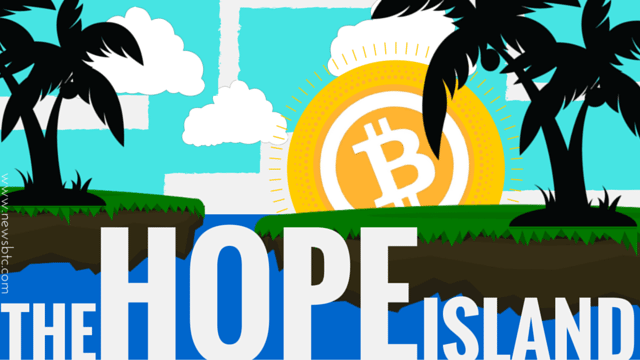 The media sensation surrounding Aylan Kurdi–who drowned on the way to Greece, fleeing Syria for a new life in Canada–has brought renewed focus to the refugee issue. Thanks to violent conflicts in the Middle East, Afghanistan, and across northern Africa, more than 300,000 people have crossed the Mediterranean sea for Europe this year, already up almost 50% percent from 2014. 2,500 people are confirmed to have died this way, a crisis of immense proportions.

Governments around the world have shown little concern. Europe’s current wave of right-wing politics has led to a crackdown on immigration, even in countries where citizens are willing to take them into their own homes. Even oil-rich Arab states have offered to take in exactly zero refugees, despite their shared religious faith with and close proximity to conflict zones.

Meanwhile, private enterprise is leading the way. Billionaire Naguib Sawiris has offered to buy an island to house the refugees, but there will be numerous regulatory problems and a price tag of up to $100 million. If we want to solve this problem we’re going to some need new tools, and good ones.

Bitcoin is one of those tools. Being faster and cheaper than practically any other method, fundraising to help refugees via Bitcoin is far easier and more effective than traditional financial avenues. Its borderless nature means that donations can be sent from anywhere to anywhere in the world, no matter how badly the target country’s financial infrastructure is damaged.

Borderlessness also has more direct benefits for refugees. Typically, fleeing a conflict zone requires leaving most of one’s valuables behind; bitcoins can be easily taken wherever they’re going, and cannot be confiscated at the border as easily as cash or other belongings. They can convert to local currency as needed along the journey, and bypass any financial sanctions against their countries.

Groups like BitNation are actively working to facilitate this, providing government-like services to anyone regardless of nationality. They’re working on things like insurance, basic income, and other advanced uses of the blockchain, and have already produced blockchain-based ID cards. The only question is where they will be accepted.

That’s where offers like Sawiris’s come into play. Blockchain technology would make it far easier to set up such a microstate, and ease the migration process for refugees. This possibility is being explored at places like Fort Galt, which have already managed such land negotiations. Others such as the Seasteading Institute have forgone negotiation altogether, and instead are planning independent states in international waters.

Cryptocurrency will be welcome at all of these places, and crucial to building a world unhindered by border restrictions. Some of them will be up and running soon, and refugees will be welcome.