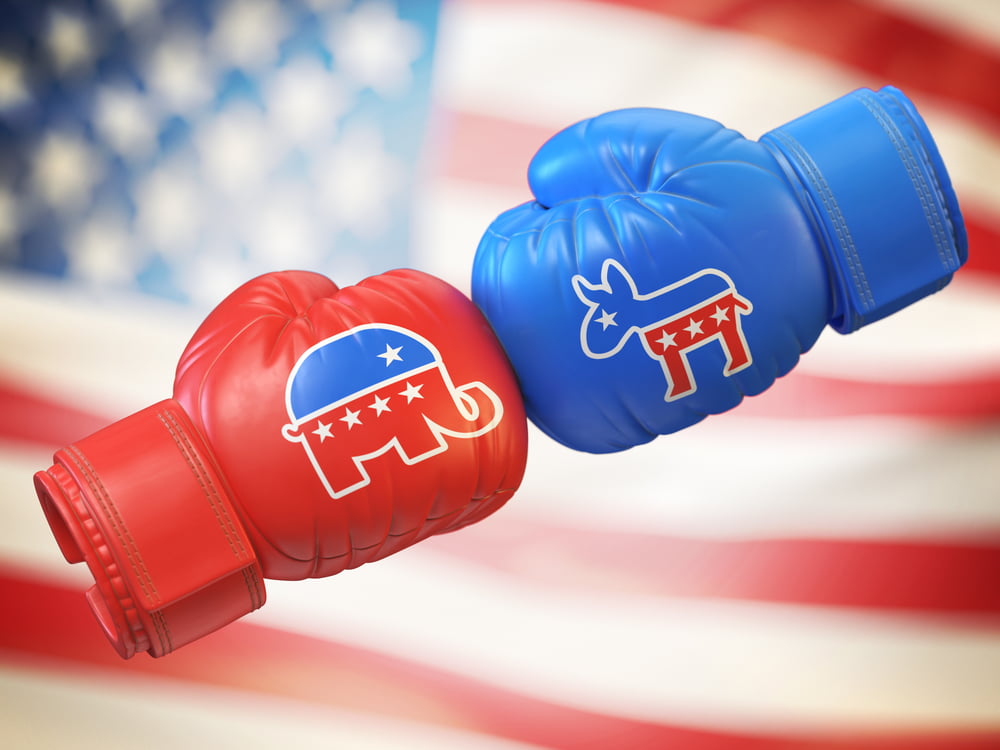 Bitcoin Trade Setup on US Election Day; Boom or Bust Ahead?

A modest price rebound in the Bitcoin market reversed in the hours before the New York opening bell Tuesday.

The benchmark cryptocurrency was trading at $13,605 when the sell-off started. A closer look at its hourly chart hinted that the pullback was technical. Bulls attempted to close the Bitcoin price above a short-term descending trendline that holds a history of repelling upside attempts.

The fractal worked, causing the cryptocurrency to flip directions. And now, when it heads into the US session, the prospects of it heading further lower is increasing. The reason is the uncertainty surrounding the US presidential election.

Polls indicate that former Vice President Joe Biden will win the White House, and Democrats will assume the majority in the US Congress. That makes it more likely for lawmakers to pass the second coronavirus stimulus package to boost economic activity across the US.

For Bitcoin, a stimulus package works like a bullish catalyst. The prospects of more US dollar liquidity entering the economy reduces the greenback’s purchasing power in the long-term among investors. As a result, they hedge into assets that they perceive as their hedge.

In 2020, Bitcoin has emerged as a hedging alternative to gold and government bonds. Its rate has surged by more than 200 percent since the announcement of the first coronavirus relief aid. Traders expect the cryptocurrency to repeat the bull run once Mr. Biden takes charge.

The prospects of a Joe Biden win is reflecting positively on the US stock market. Futures tied to the S&P 500 index are up 1.20 percent, pointing to gains after the Tuesday opening bell. The benchmark has surged by 2.97 percent on the whole from its week-to-date low.

Similarly, traders are raising bids for Gold, a traditional hedging asset, anticipating that Mr. Biden’s win would unleash a generous stimulus aid (with a baseline at $2 trillion). The spot XAU/USD was trading 0.46 percent higher as of 1254 UTC.

Nevertheless, Bitcoin is not reflecting any of such bullish responses so far into the Tuesday session. Part of the reason could be the cryptocurrency’s recent uptrend, wherein it retouched a three-year high above $14,000.

It is possible that BTC/USD has already factored in the election day boom, especially as its latest uptrend coincided with a drop across the US stock and gold markets. The pair is merely neutralizing its overbought sentiments.

Taking a look at its hourly chart shows extreme uncertainty. Bitcoin is watching $13,463 as its interim support while trading below the short-term descending trendline, as mentioned above. A break below the black horizontal line clears its way to retest the Rising Trendline below.

Conversely, maintaining support above $13,463 increases the cryptocurrency’s potential to break above the Descending Trendline. Such a move would shift the upside target at $14,000 – all over again.

But there is one small catch. The Bitcoin market is uncertain because of Donald Trump’s vow to contest the outcome of the election in the US apex court. Should he takes the call, then it would mean a delayed verdict. That, in turn, would mean the stimulus bill at another impasse.

At best, Bitcoin traders are watching the US election more cautiously than mainstream investors. Boom if Joe Biden/Donald Trump wins without breaking a sweat. Bust, should there be a delay.

Tags: bitcoinbtcusdBTCUSDTcryptocurrencyUS electionxbtusd
Tweet123Share196ShareSend
Win up to $1,000,000 in One Spin at CryptoSlots