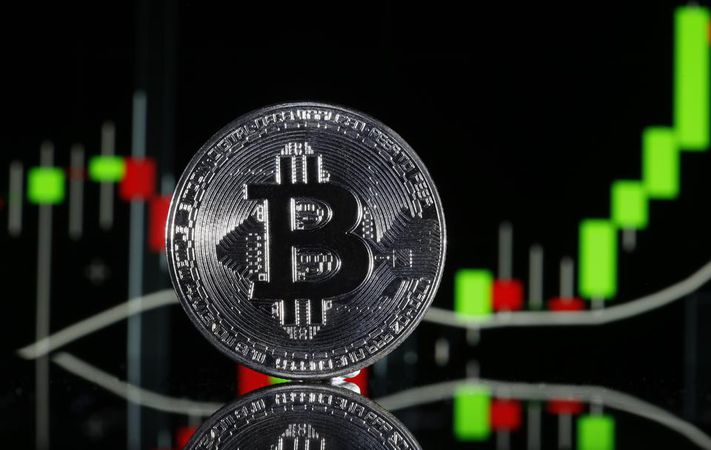 With such a large spike in bitcoin sentiment recently, a bitcoin rally could be underway.

Bitcoin has been fluctuating between $30k and $40k for a while now with no real significant movement either up or down. This has come in light of the market crash experienced over a month ago. The asset lost about 50 percent of its value and a lot of investors have had to take a step back and reevaluate their crypto positions due to this.

Related Reading | Hall Of Fame Investor: Bitcoin Is In A “Bear Market”

While significantly large drops in price in a short period of time is not new to crypto-natives, it is new to the investors who have just got in. Every bull market, bitcoin experiences a large influx of first-time investors. Most of them FOMO-ing into the market. Once the expected crashes start happening, they get scared and start getting rid of their coins.

What An Increased Bullish Sentiment Could Mean

With an asset as volatile as bitcoin, price movements can very much be tied to investors sentiment. Humans are mostly governed by emotions so it is no surprise that this spills out into other parts of our lives like investing. Feeling very positive about something is a reason why a lot of investors buy assets.

A large portion of the decision making can be attributed to research but sentiment, either good or bad, can most often be a deciding factor.

Once people start feeling like the market is about to have a good run, they invest into the market. This in turn shows other investors that people still have faith in the coin. And the cycle continues leading to a bull run.

Investors are mostly driven by two emotions when they are putting money in the market; fear and greed.

When investors are scared of what an asset might do, this could lead to them putting way less money into that asset than they normally would. Not wanting to lose their money. It does not matter if there is a reason to be scared of not. If investors do not have faith in an asset, they will not put money in it.

Then on to greed, this is the ultimate market mover.

The dictionary definition of greed is as follows; an intense and selfish desire for something, especially wealth, power, or food.

Investors are in the market to make money, as much as possible in as little time as possible. While long-term hodling might be the best move when it comes to investing, it doesn’t change the fact that people want money now. And they want a lot of it.

Arcane Research has a Fear and Greed Index with which it measures investors fear relative to greed. And it has been in the extreme fear zone for quite a while. This has been in line with market prices. Bitcoin has been stagnating a bit for a while. People are not putting money in it.

But a recently released index from Arcane Research has shown that investors sentiment has finally moved out of the extreme fear into fear. This signals that investors are finally starting to come out of hiding.

The Bitcoin Lightning Network exceeded 1,500 BTC for the first time ever yesterday on the network.

Speculations are this spike is due to the increased number of small bitcoin transactions being made on the network after El Salvador made bitcoin a legal tender.

With optics like these and news of adoption rocking the space, a market rally may be in the horizon for bitcoin.

Tags: bitcoinbtcbtcusdBTCUSDTBull rally
Tweet123Share196ShareSend
Win up to $1,000,000 in One Spin at CryptoSlots