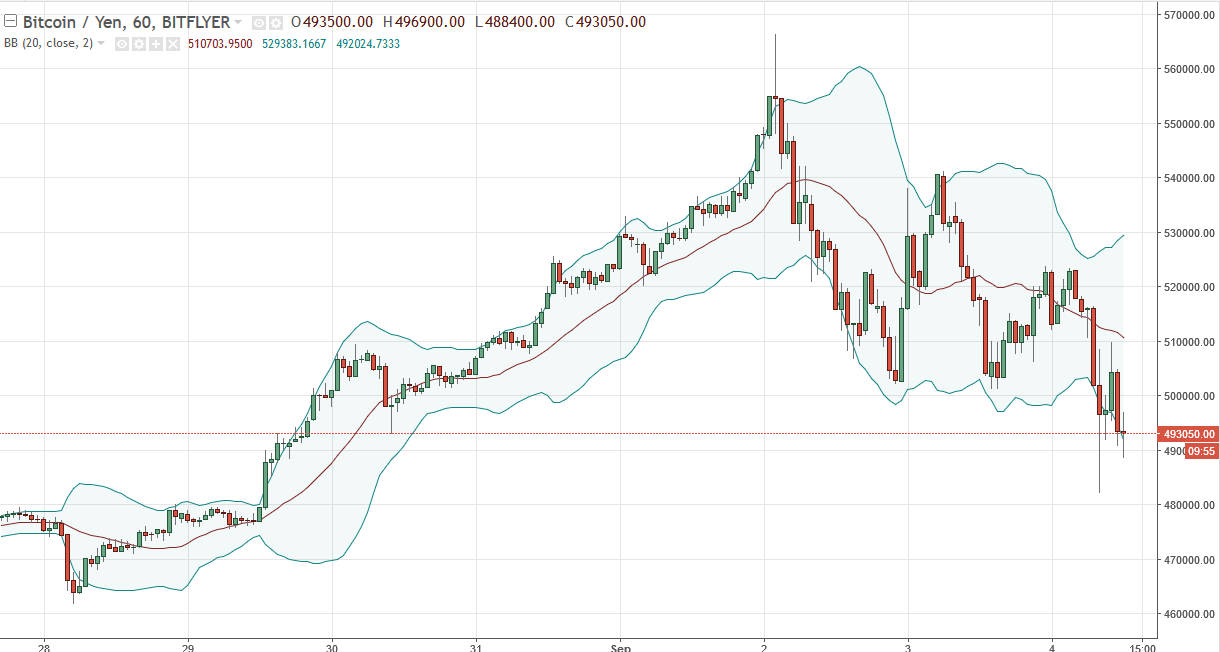 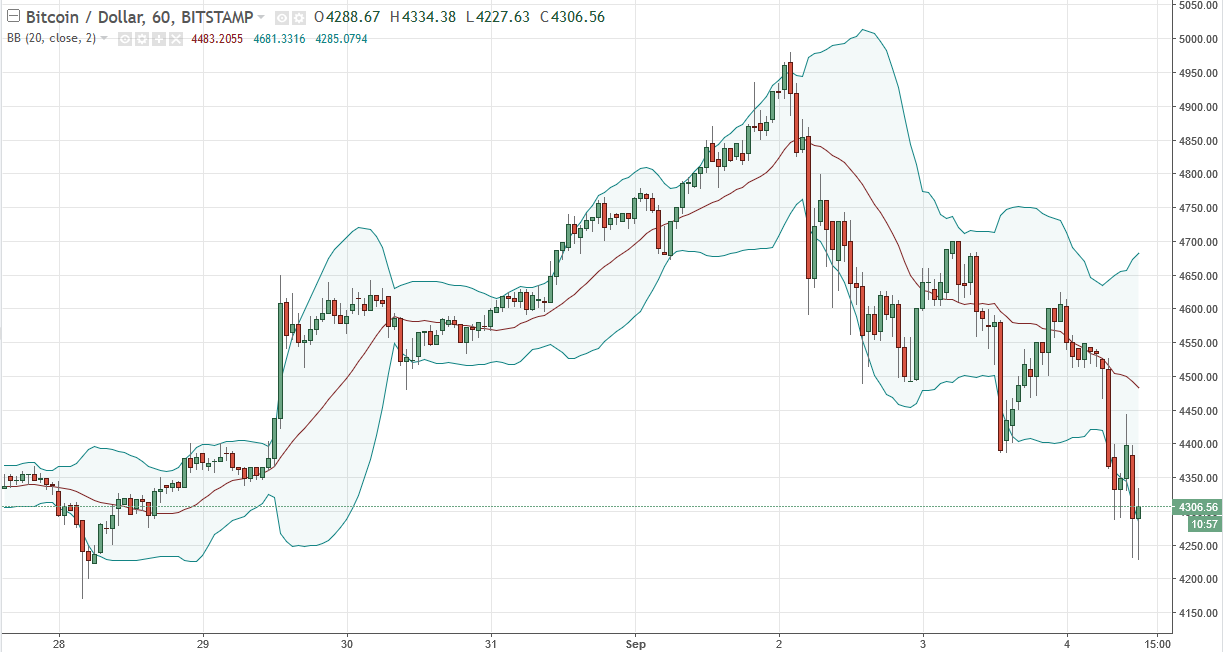 Bitcoin fell again on Monday, as the markets have learned that China has outlawed ICOs. This is a significant attempt by a government to step into the crypto currency arena, and that of course frightens a lot of traders. As you can see, the entire weekend was negative as we had reached to almost $5000, and have fallen to $4300. Because of this, now is not the time to get involved in this market. Stabilization is needed.

As you would expect, Bitcoin did the same thing against the Japanese yen. We are currently hovering the ¥490,000 level, and now that we have broken below the ¥500,000 level, one would expect to see some type of continuation. I suspect that ¥470,000 is going to be the next major support level. I would need to see stabilization for at least 24 hours in this market before buying again.