Cardano price is under huge selling pressure against the US Dollar and Bitcoin. ADA/USD is likely to accelerate declines below $0.1750.

There was a key consolidation above the $0.1900 support level in ADA price against the US Dollar. The price traded in a range for many sessions with a bullish angle towards $0.2100. However, the price was not able to gain momentum above the $0.2050 and $0.2100 resistance levels. Moreover, there was also no close above $0.2100 and the 100 hourly simple moving average. 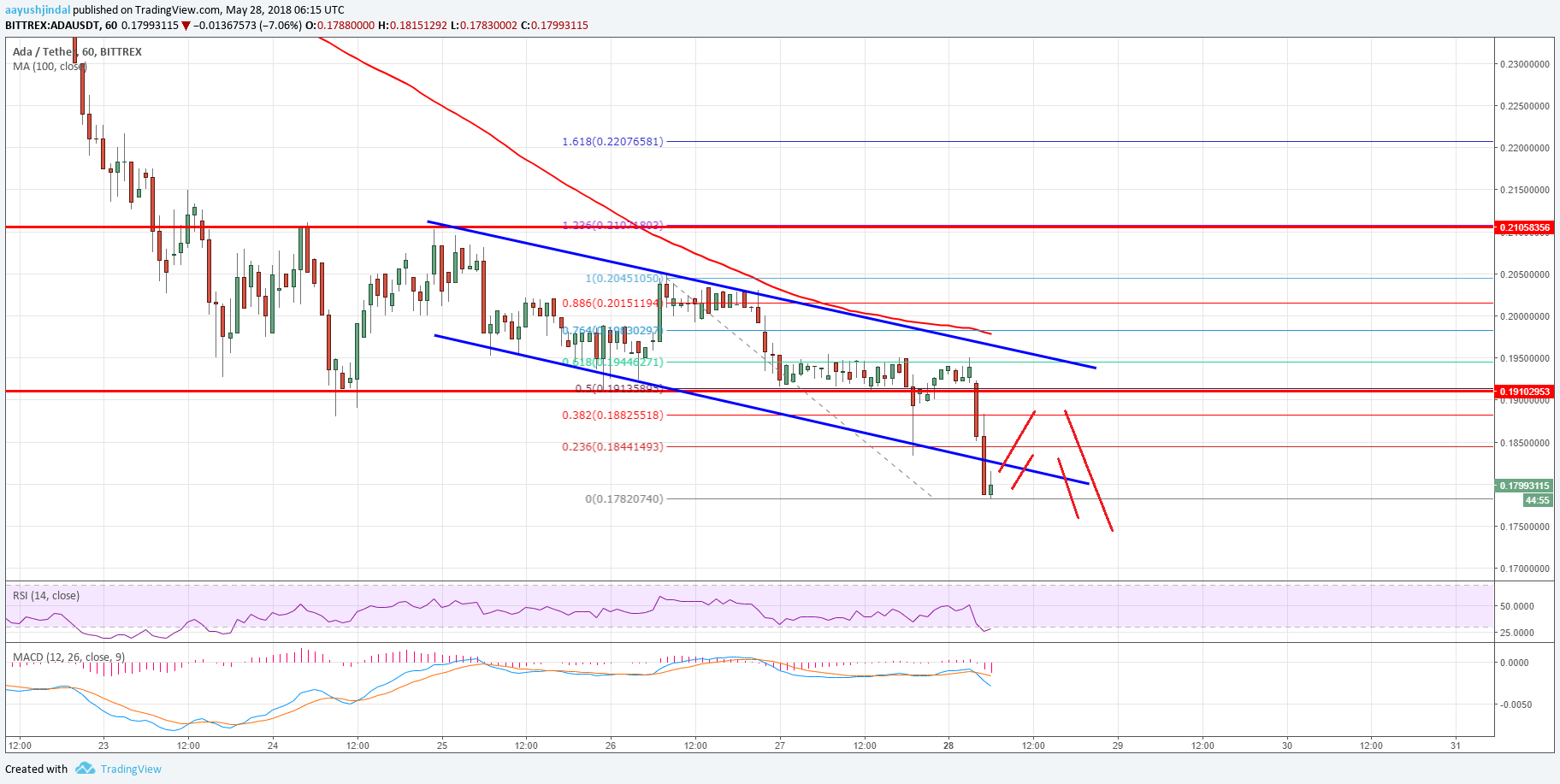 The chart indicates that if the price corrects higher, the $0.1950 level and the 100 hourly SMA are likely to prevent gains. A close above $0.2000 is needed to decrease the current selling pressure. On the downside, a break below the $0.1750 support level is very likely.

Hourly MACD – The MACD for ADA/USD is gaining pace in the bearish zone.

Hourly RSI – The RSI for ADA/USD has almost reached the oversold levels.