Cardano price is slowly recovering against the US Dollar and Bitcoin. ADA/USD may perhaps continue to move higher towards the $0.1400 resistance.

There was a solid support base formed near $0.1225 in cardano price against the US Dollar.  The ADA/USD pair started an upside move and traded above the $0.1250 and $0.1300 resistance levels. It gained traction above $0.1300 and settled above the 100 hourly simple moving average. Buyers also pushed the price above the 50% Fib retracement level of the last decline from the 0.1451 high to $0.1221 low. 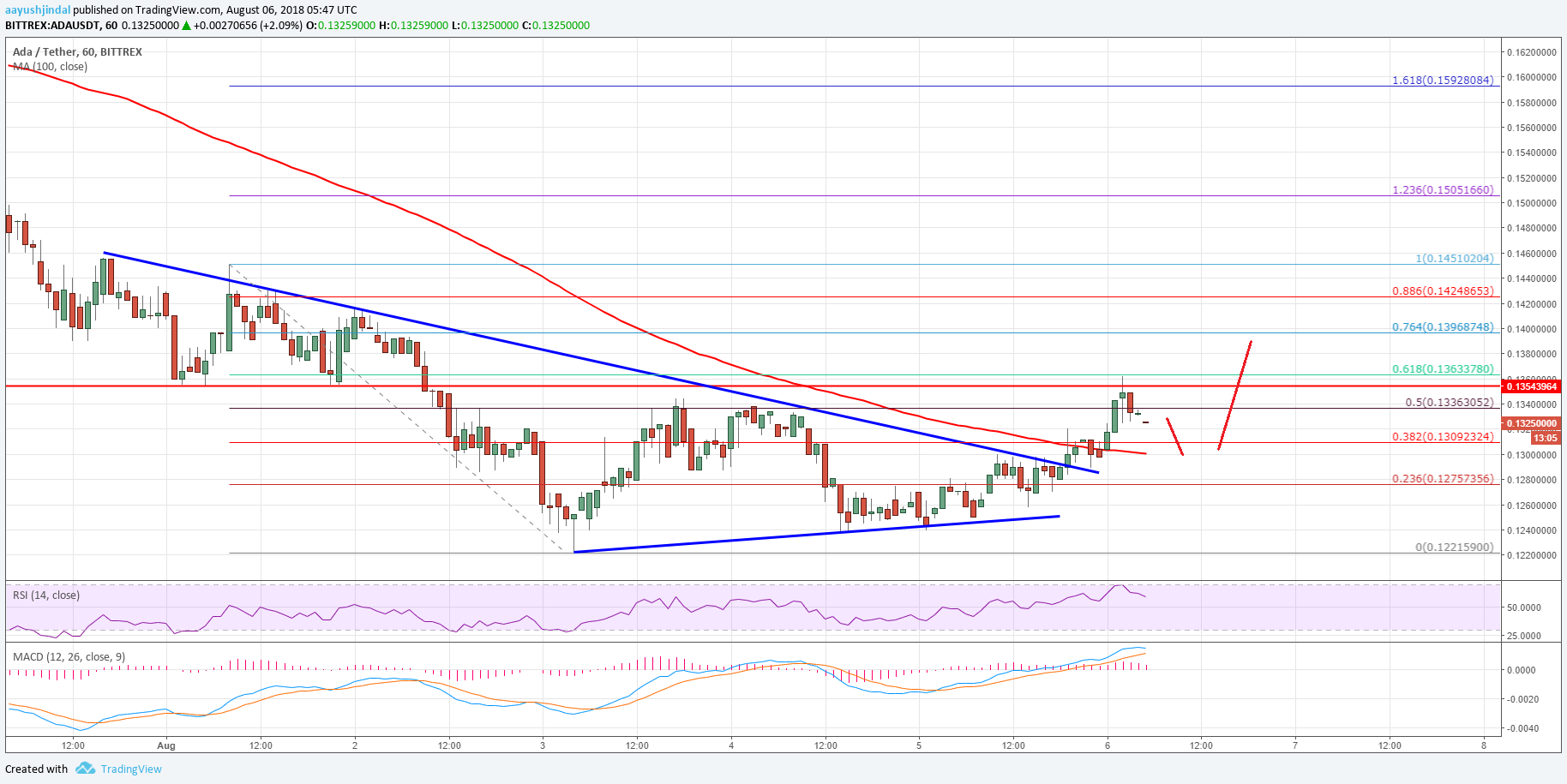 Hourly MACD – The MACD for ADA/USD is placed slightly in the bullish zone.

Hourly RSI – The RSI for ADA/USD is placed well above the 50 level.