Cardano price is gaining bullish momentum against the US Dollar and Bitcoin. ADA/USD may continue to rise as long as it is above the $0.2480-0.2500 support zone.

After a major decline, ADA price found support above the $0.2300 level against the US Dollar. A low was formed at $0.2304 before the price started an upside correction. It gained bullish momentum and moved above the $0.2400 and $0.2500 resistance levels. The price traded with a positive bias since there was a close above the $0.2400 pivot level and the 100 hourly simple moving average.

During the upside move, the price also broke a bearish trend line with resistance at $0.2450 on the hourly chart of the ADA/USD pair. Moreover, there was a clear break above the 50% Fib retracement level of the last drop from the $0.2756 high to $0.2304 low. These are positive signs and suggests that the price may continue to move higher. On the downside, there is a major bullish trend line formed with support at $0.2480 on the same chart. Additionally, the $0.2500 level is also a decent support, followed by $0.2480 and the 100 hourly SMA at $0.2450. 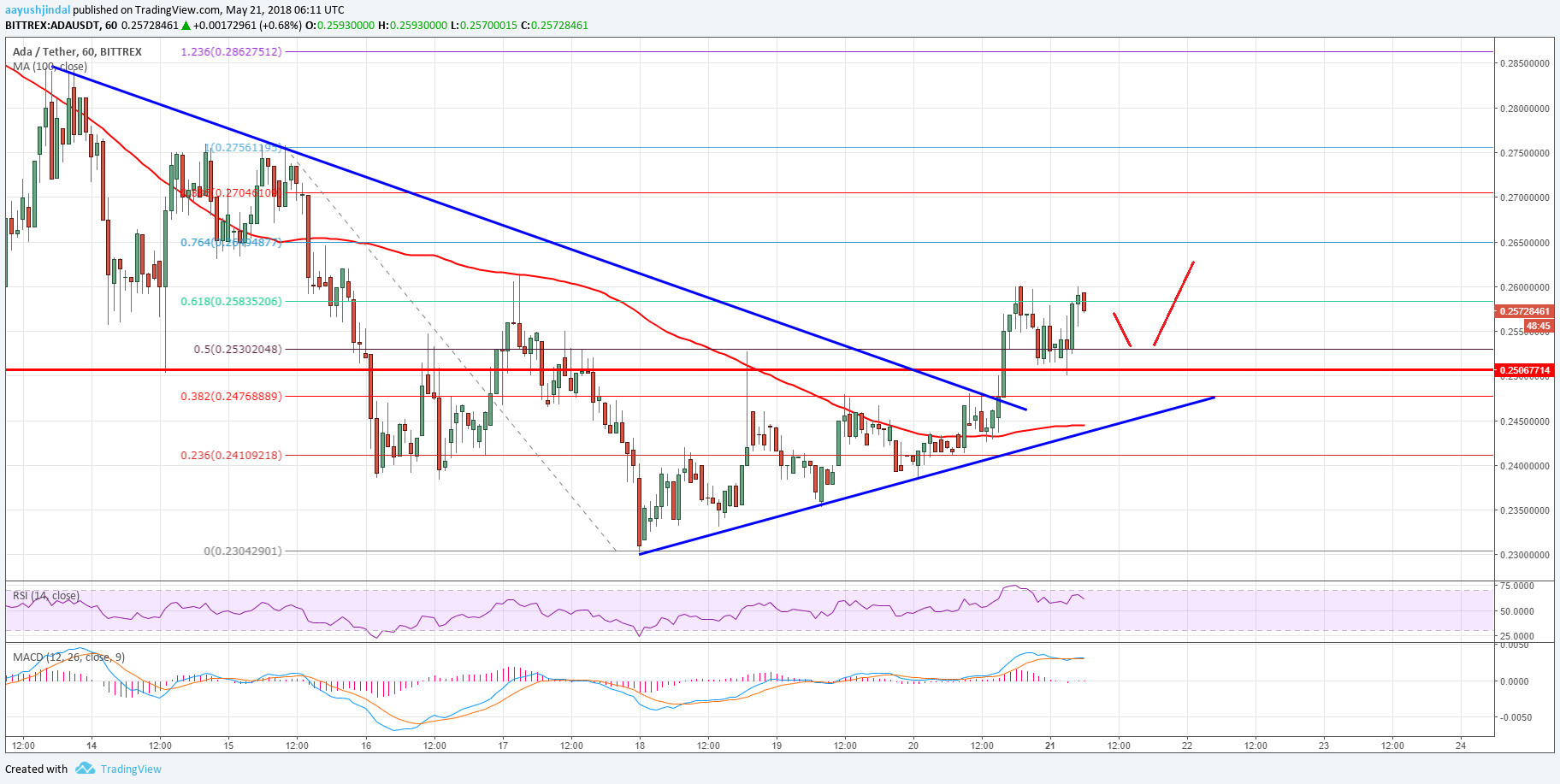 Hourly MACD – The MACD for ADA/USD is mostly flat in the bullish zone.

Hourly RSI – The RSI for ADA/USD is well above the 50 level.