Cardano price is placed in a bullish zone against the US Dollar and Bitcoin. ADA/USD is likely to accelerate above the $0.1450 and $0.1500 resistances in the near term. 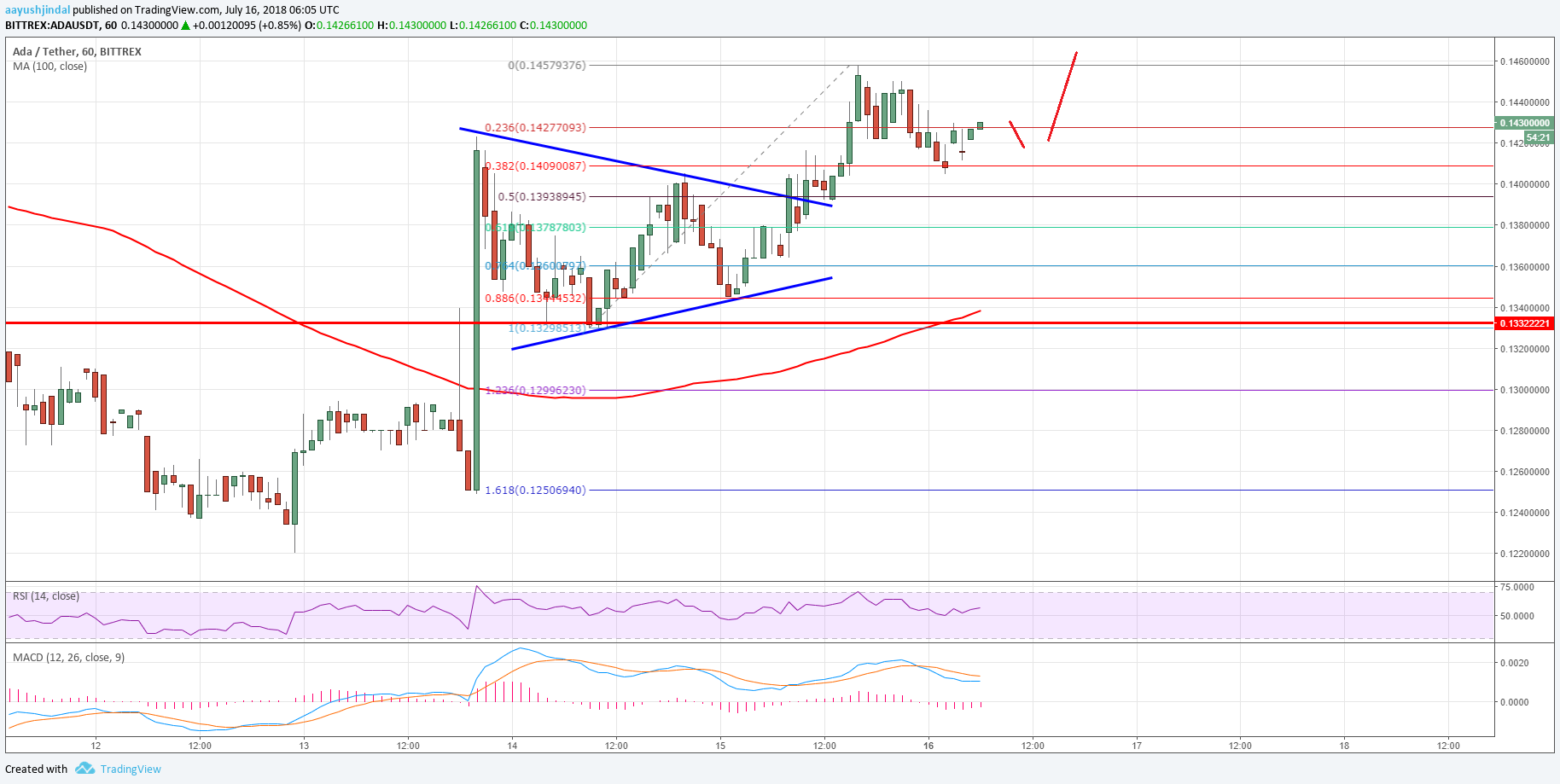 The chart indicates that the price is very likely to climb above the $0.1450 resistance in the near term. The next hurdle for buyers awaits near $0.1500, which could prevent gains. Overall, the current price action suggests more gains in ADA as long as the price is above $0.1400.

Hourly MACD – The MACD for ADA/USD is about to move back in the bullish zone.

Hourly RSI – The RSI for ADA/USD is moving higher and is positioned above the 50 level.