Cardano price remains in a negative bias against the US Dollar and Bitcoin. ADA/USD must clear the $0.1400 resistance to move back in a positive zone.

The past few days were extremely bearish as ADA price broke the $0.2000 and $0.1500 support levels against the US Dollar. The ADA/USD pair declined towards the $0.1200 level where sellers appeared. A new monthly low was formed at $0.1192 and the price is currently trading well below the 100 hourly simple moving average. The price started a short-term upward correction and moved above the $0.1250 level. 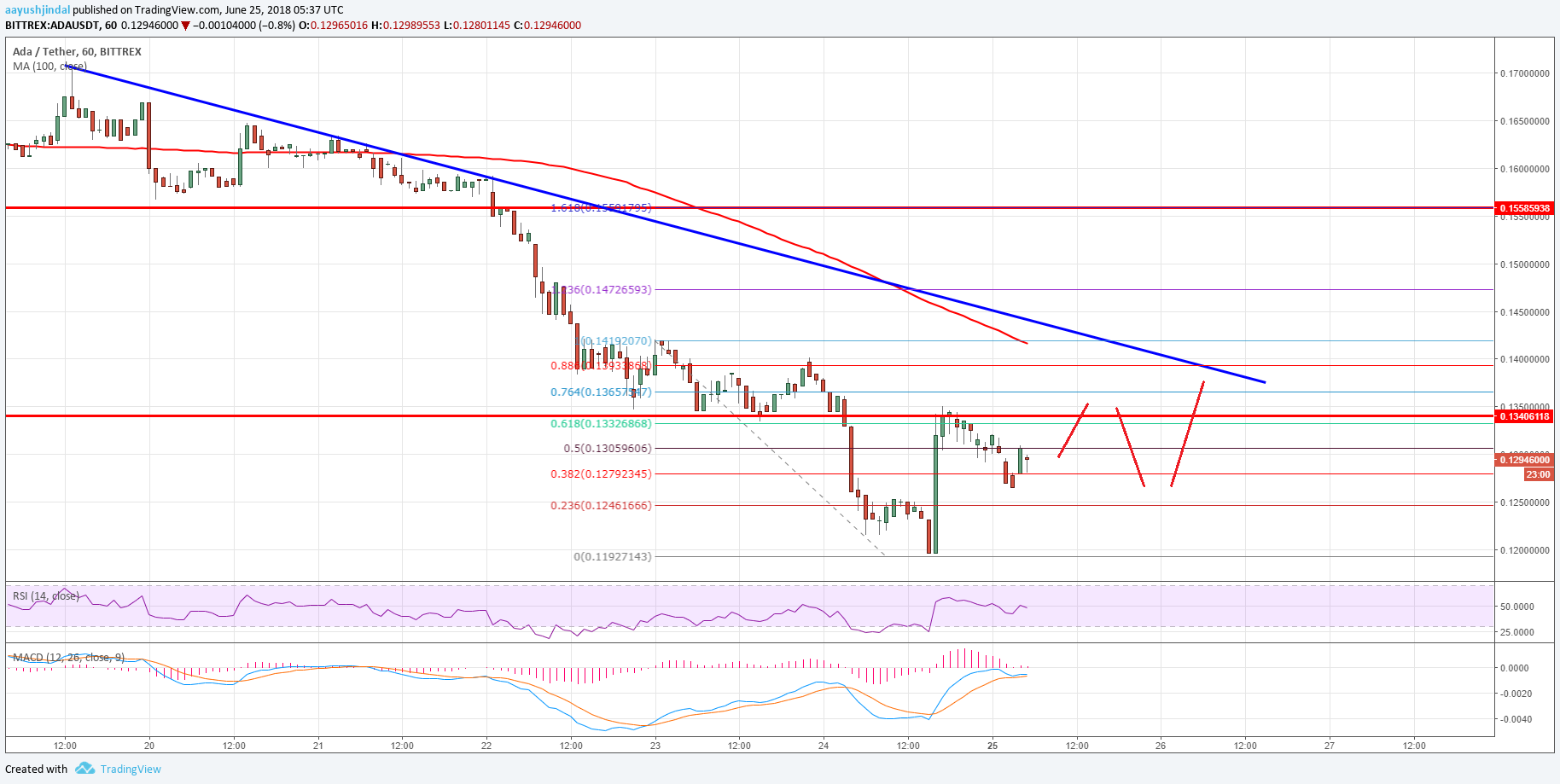 Hourly MACD – The MACD for ADA/USD is currently flat in the bullish zone.

Hourly RSI – The RSI for ADA/USD is moving to and fro around the 50 level.