Cardano price is under pressure against the US Dollar and Bitcoin. ADA/USD is likely to retest the $0.1400 support if sellers remain in action.

There was a fresh downside move initiated from the $0.1580 high in ADA price against the US Dollar. The ADA/USD pair declined below the $0.1500 support and moved into a bearish zone. An intermediate high was formed at $0.1494 and the price is currently moving lower. It recently broke the $0.1460 support and the 100 hourly simple moving average. Moreover, there was a break below the 50% Fib retracement level of the last wave from the $0.1375 low to $0.1494 high.

It seems like the price may perhaps extend the current decline below the $0.1420 level. An immediate support is around the 76.4% Fib retracement level of the last wave from the $0.1375 low to $0.1494 high. Below this, the $0.1400 support could stop the decline. Finally, if the price declines further, it could revisit the last low of $0.1375. In the short term, an upward move is likely to face resistances near the $0.1450 level and the 100 hourly SMA. Moreover, there is a key bearish trend line formed with resistance at $0.1450 on the hourly chart of the ADA/USD pair. 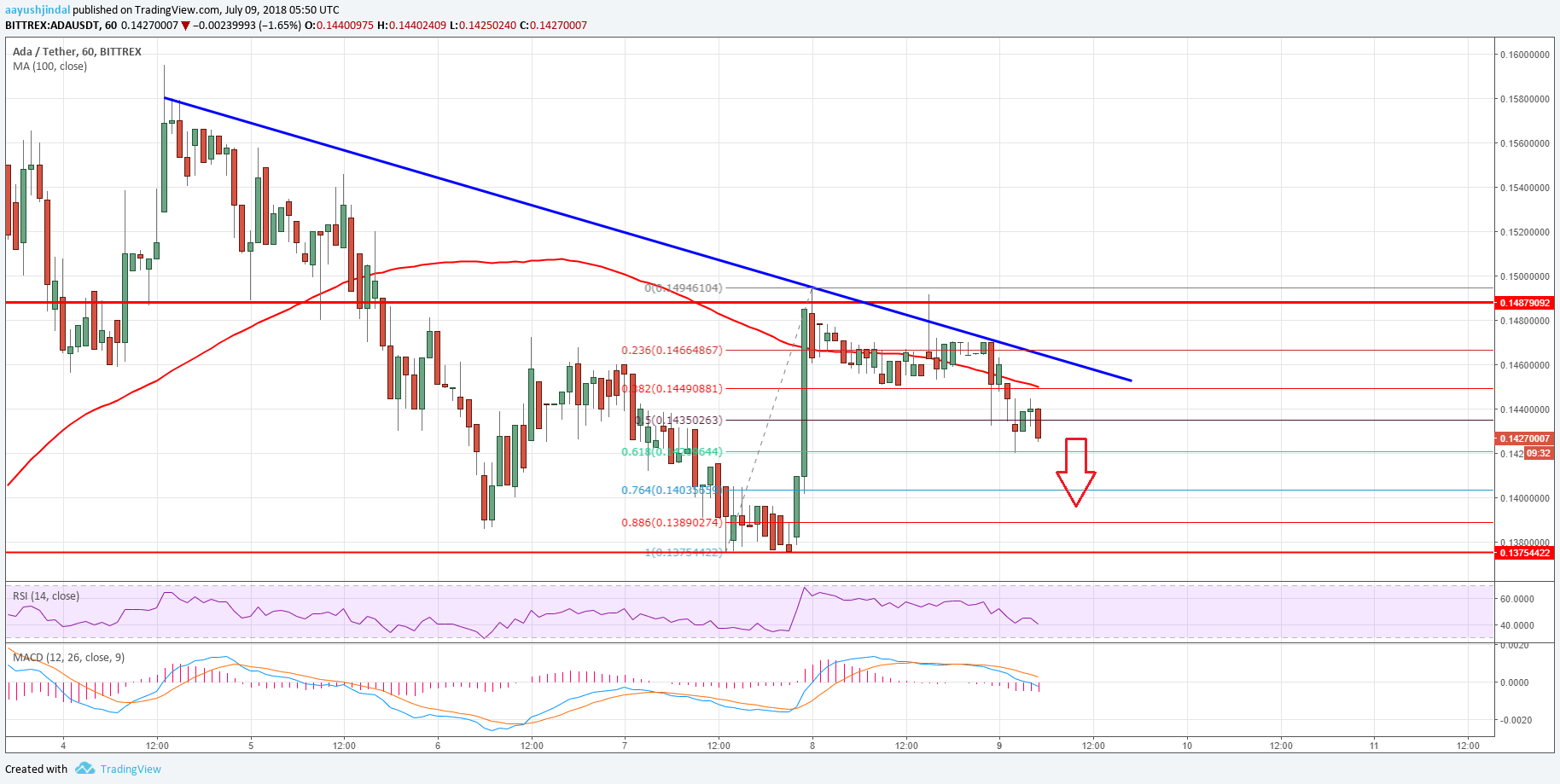 The chart indicates that the price looks set for an extended correction. However, the $0.1400 support holds a lot of importance in the short term.

Hourly MACD – The MACD for ADA/USD is now moving in the bearish zone.