Cardano price struggled to hold gains against the US Dollar and Bitcoin. ADA/USD is now in a bearish trend with supports at $0.1200 and $0.1100.

There was no upside break above $0.1500 in ADA price against the US Dollar. The ADA/USD pair even failed to settle above the $0.1400 resistance level. As a result, there was a downside reaction and the price declined below the $0.1300 support area. It is now trading well below the $0.1400 pivot level and the 100 hourly simple moving average. 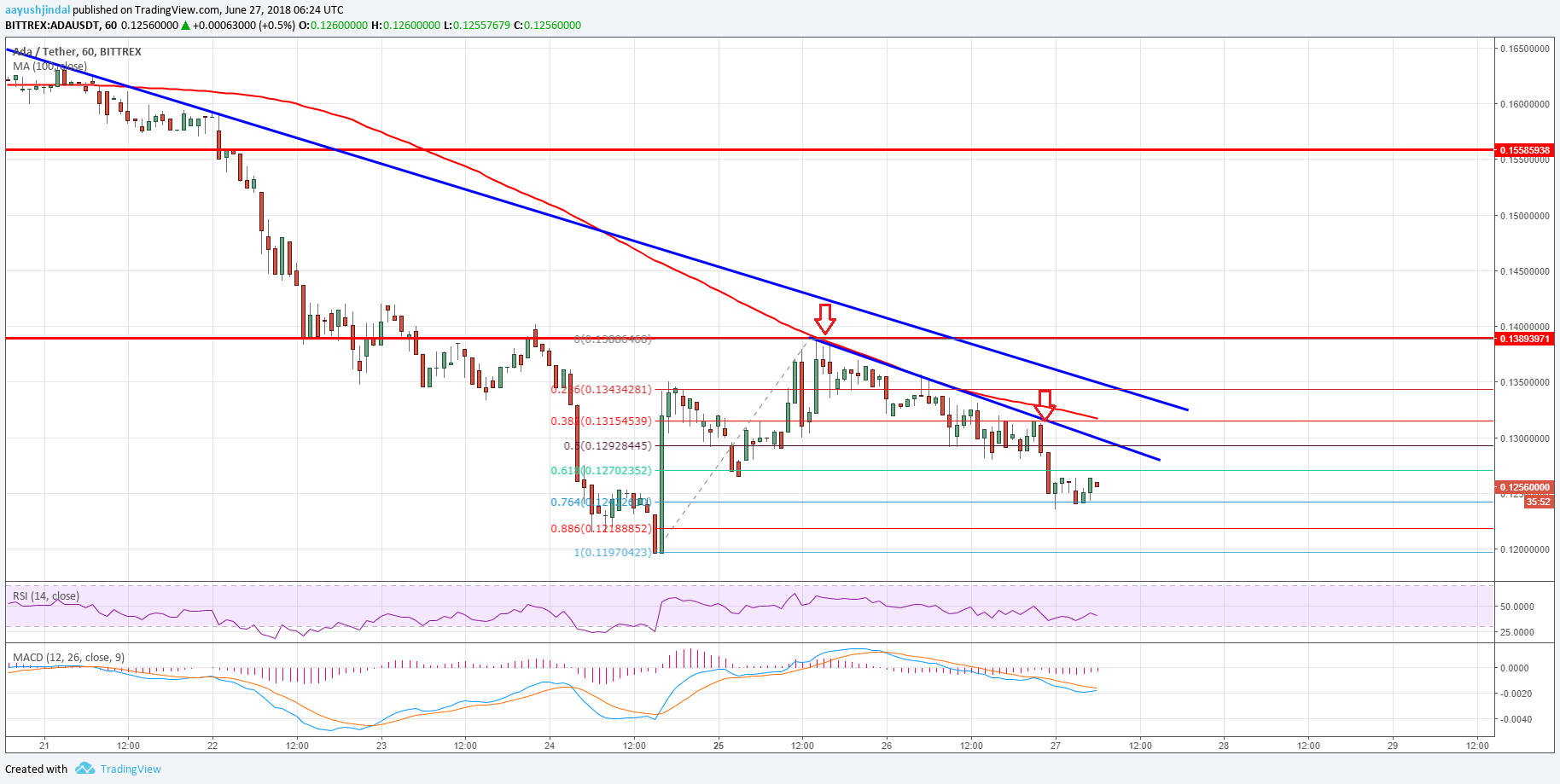 The chart indicates that the price is likely to face a lot of sellers on the upside between $0.1300 and $0.1400. Only a successful close above $0.1400 might stop the current slide. If not, the price will most likely extend declines towards the $0.1100 level.

Hourly RSI – The RSI for ADA/USD is now well below the 50 level with bearish signs.