Cardano price declined substantially against the US Dollar and Bitcoin. ADA/USD is likely to decline further towards the next major support at $0.2200.

The most important move was a break below an important bullish trend line with support at $0.2650 on the hourly chart of the ADA/USD pair. The pair is now trading well below the $0.2500 level and the 100 hourly simple moving average. It traded as low as $0.2383 low and is currently consolidating losses. On the upside, an initial resistance is close to the 23.6% Fib retracement level of the last drop from the $0.2763 high to $0.2383 low. However, the most important hurdle is near $0.2600 and the 100 hourly SMA. 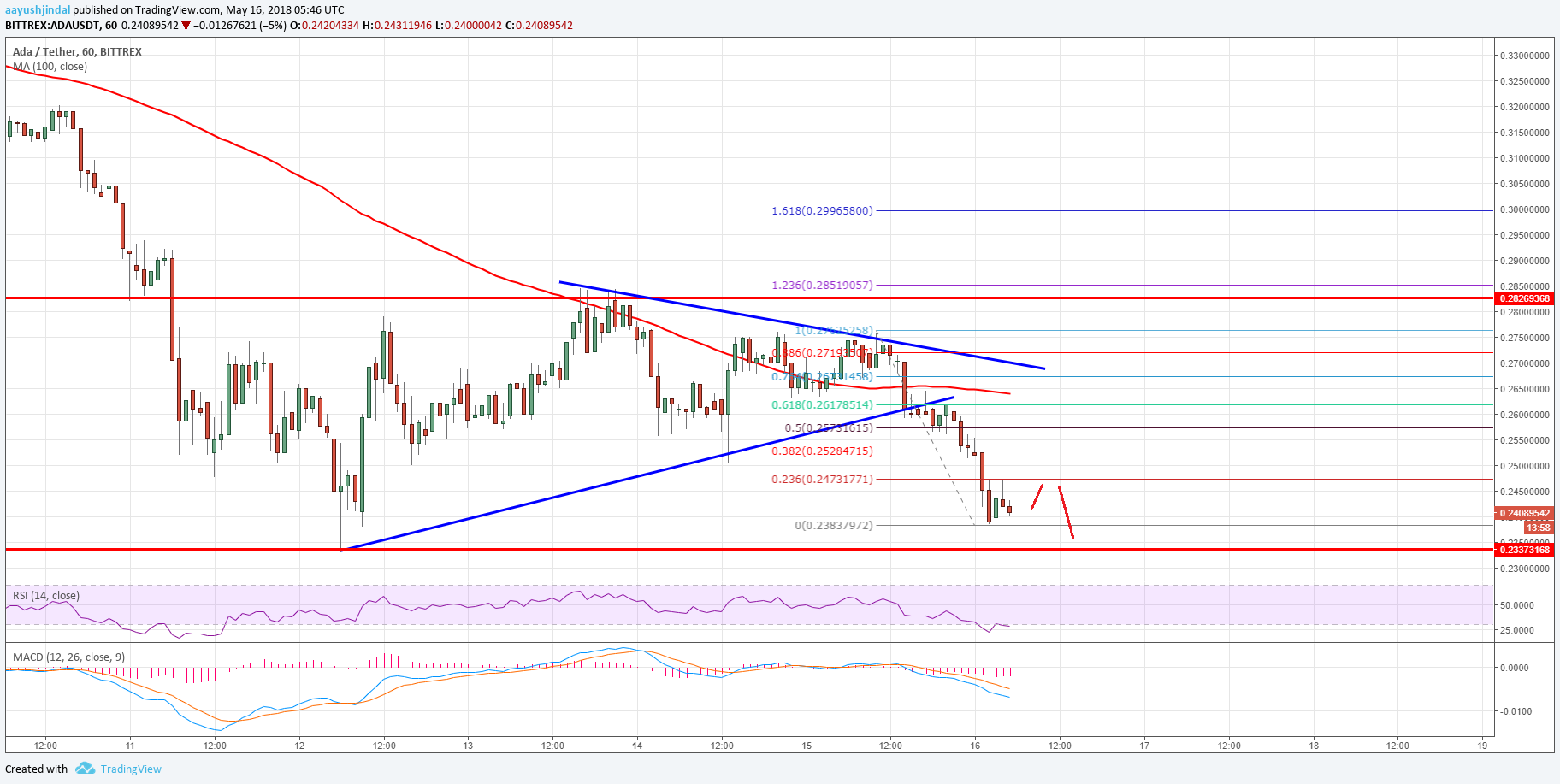 Hourly RSI – The RSI for ADA/USD is in the oversold levels.