Cardano price extended losses below key supports against the US Dollar and Bitcoin. ADA/USD is in a bearish zone with supports at $0.1350 and $0.1250.

There was no major recovery in cardano price above the $0.1660 level against the US Dollar. The ADA/USD pair declined and broke a few important supports like $0.1600 and $0.1550. The price even cleared the $0.1400 support and is currently trading well below the 100 hourly simple moving average. The recent low was formed at $0.1356 and the price is currently consolidating gains. 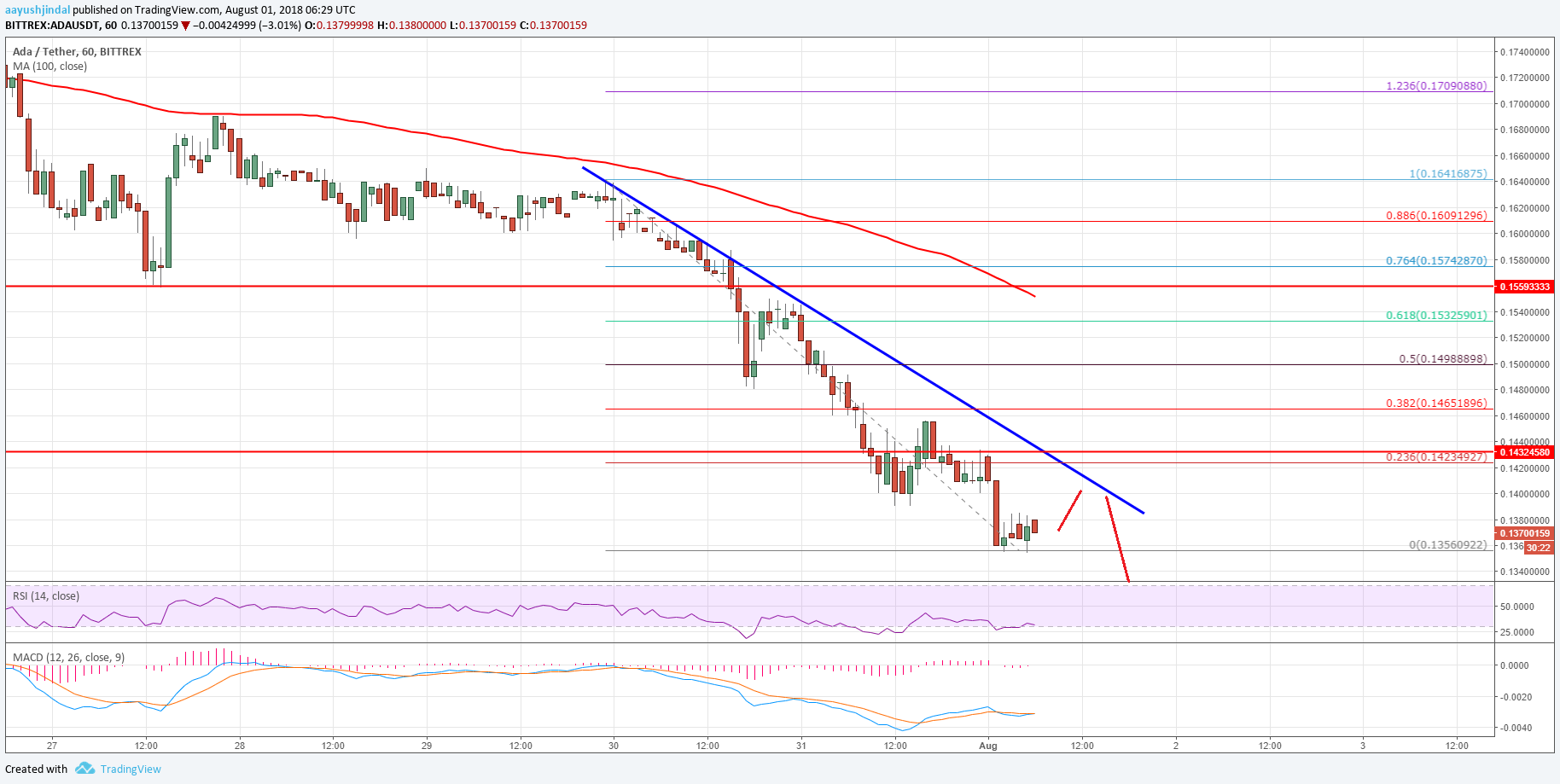 Hourly MACD – The MACD for ADA/USD is mostly placed in the bearish zone.

Hourly RSI – The RSI for ADA/USD is well below the 40 level with a bearish angle.