Cardano price is showing recovery signs against the US Dollar and Bitcoin. ADA/USD could correct further higher towards the $0.2250 resistance zone. 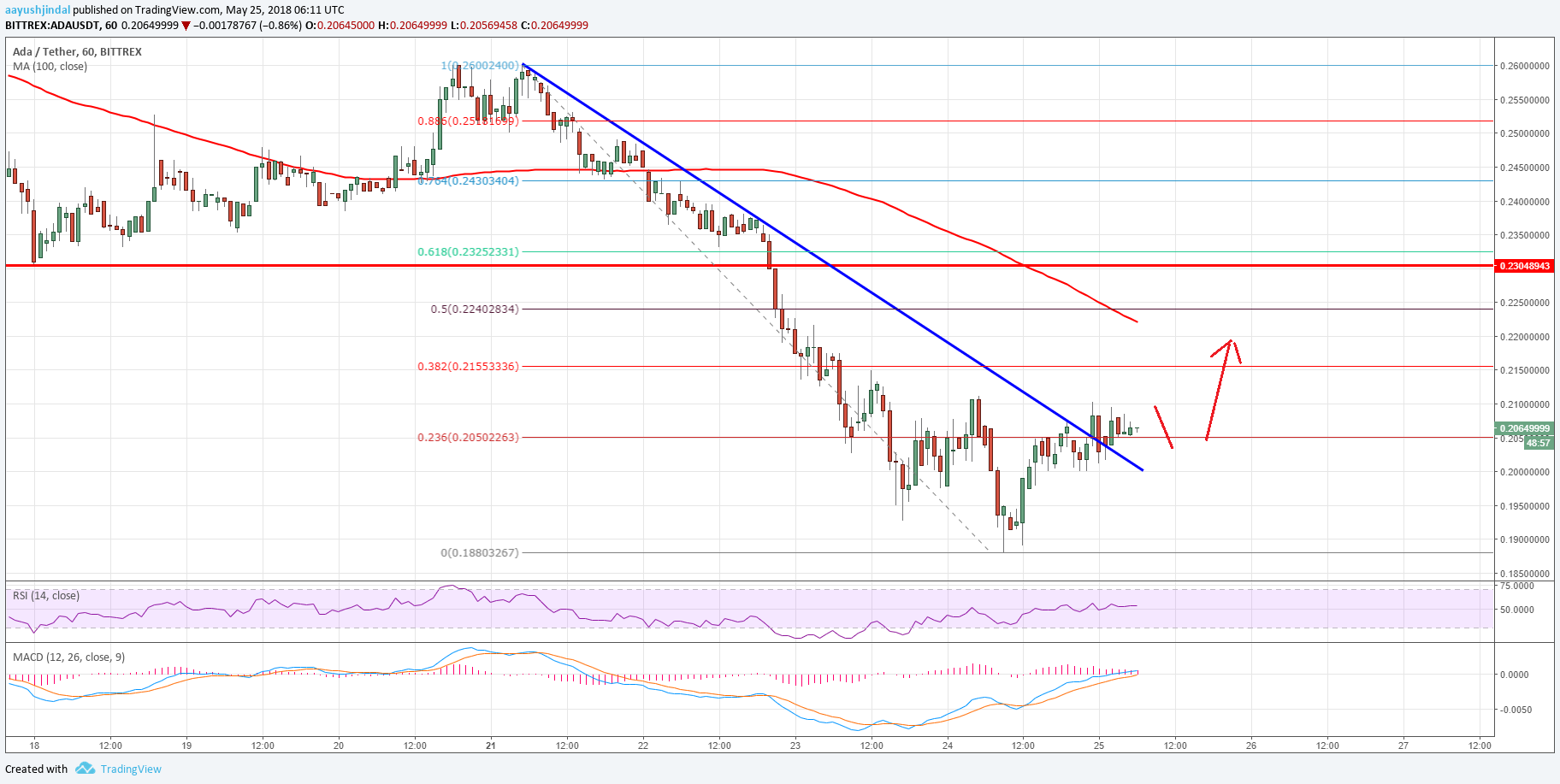 The chart indicates that if the price fails to move above the $0.2250 level, it could drop once again. On the downside, the $0.2000 support holds a lot of importance. A break below this will most likely push the price below the recent low of $0.1880 in the near term.

Hourly MACD – The MACD for ADA/USD is slowly gaining pace in the bullish zone.

Hourly RSI – The RSI for ADA/USD is flat above the 50 level.

Read our comparison of 50 different crypto casinos. Find out who has most generous bonuses, best UX, knowledgeable customer support and best provably fair games.
Tags: ADAADA/USDCardanoCardano priceCardano price AnalysisCardano price Chart
Tweet123Share196ShareSend
Win up to $1,000,000 in One Spin at CryptoSlots