Cardano price is currently correcting lower against the US Dollar and Bitcoin. ADA/USD must hold the $0.1450 support to resume its upside move back above $0.1500. 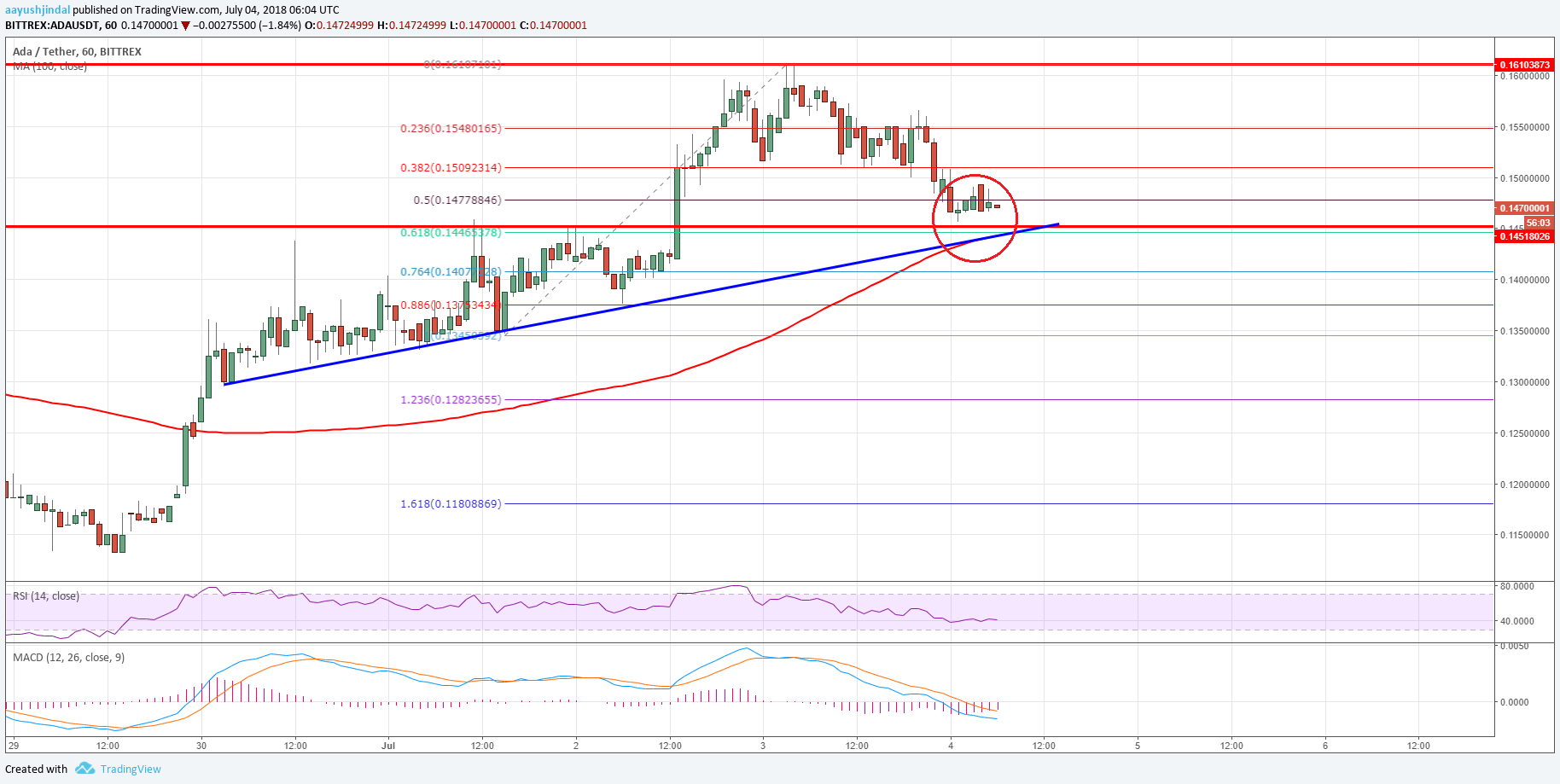 The chart indicates that the price is likely to stay above the $0.1450 support. On the upside, it has to move above the $0.1500 resistance once again to resume its upside move in the near term.

Hourly MACD – The MACD for ADA/USD is currently moving in the bearish zone.

Hourly RSI – The RSI for ADA/USD is currently near the 40 level with neutral signs.