Cardano price failed to gain momentum and declined against the US Dollar and Bitcoin. ADA/USD may perhaps continue to move down towards the $0.1300 level.

More importantly, there was a break below a key bullish trend line with support at $0.1500 on the hourly chart of the ADA/USD pair. The pair is now trading well below the $0.1450 support and the 100 hourly simple moving average. An immediate support is near the 50% Fib retracement level of the last wave from the $0.1132 low to $0.1607 high at $0.1370. Below this, there is a risk of more losses towards the $0.1300 support level. Any further declines may perhaps put a lot of pressure on ADA and its price could decline towards $0.1250. 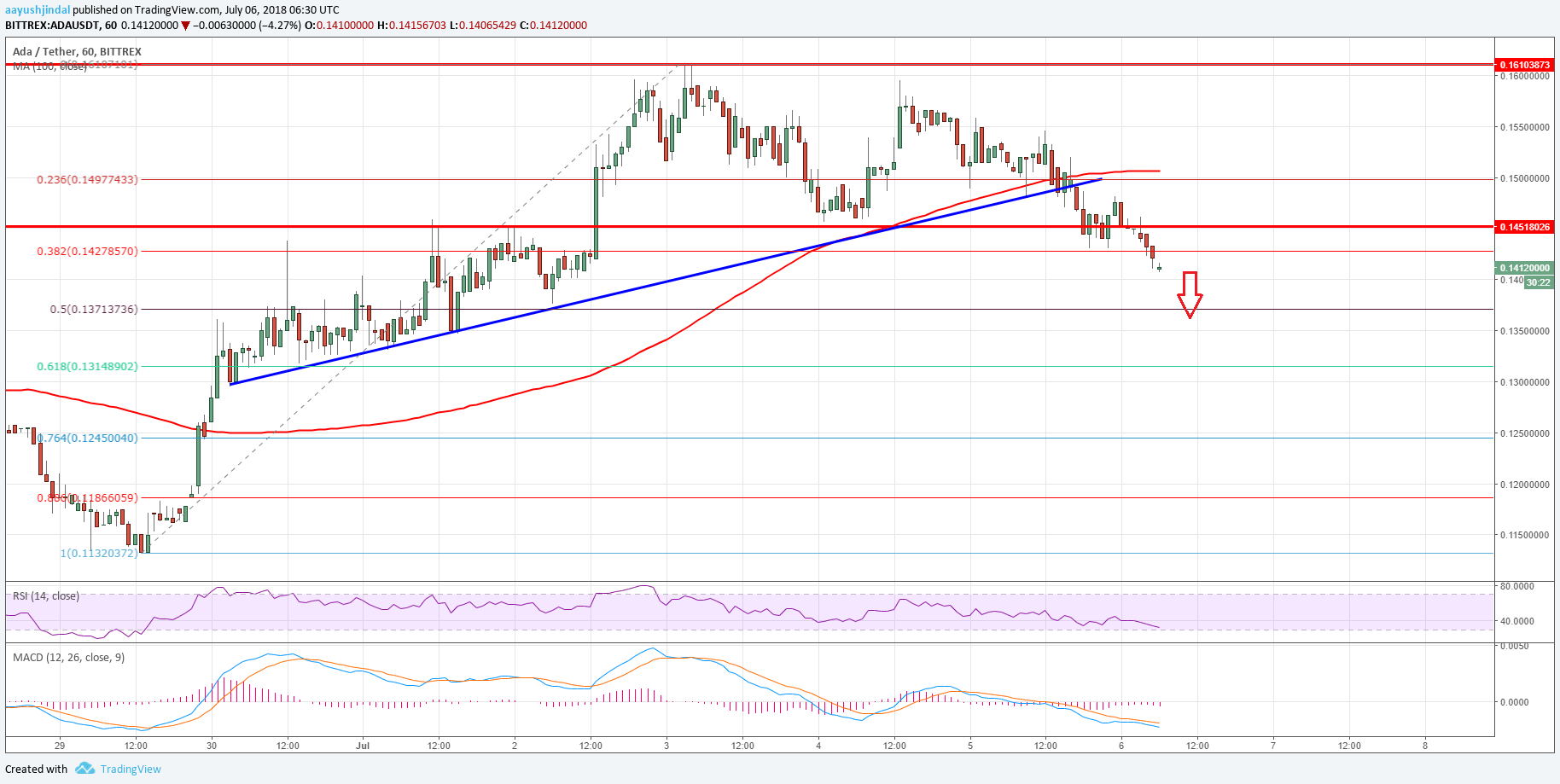 The chart indicates that the price settled below a major support at $0.1450. If there is an upside move, the broken support at $0.1450 might act as a resistance. Moreover, the $0.1500 level and the 100 hourly SMA are also important hurdles for buyers.

Hourly MACD – The MACD for ADA/USD is now placed heavily in the bearish zone.

Hourly RSI – The RSI for ADA/USD is moving lower and is currently well below the 40 level.