Cardano price is under pressure against the US Dollar and Bitcoin. ADA/USD could extend declines as long as it is below the $0.1700 level.

In the last analysis, we discussed that cardano price remained at a risk of more losses below $0.1600 against the US Dollar. The ADA/USD pair did move down and broke the $0.1600 support. It traded as low as $0.1560 and later recovered. However, the upside move was capped by the $0.1700 level and the 100 hourly simple moving average. The price declined once again and is currently trading near the $0.1600 level. 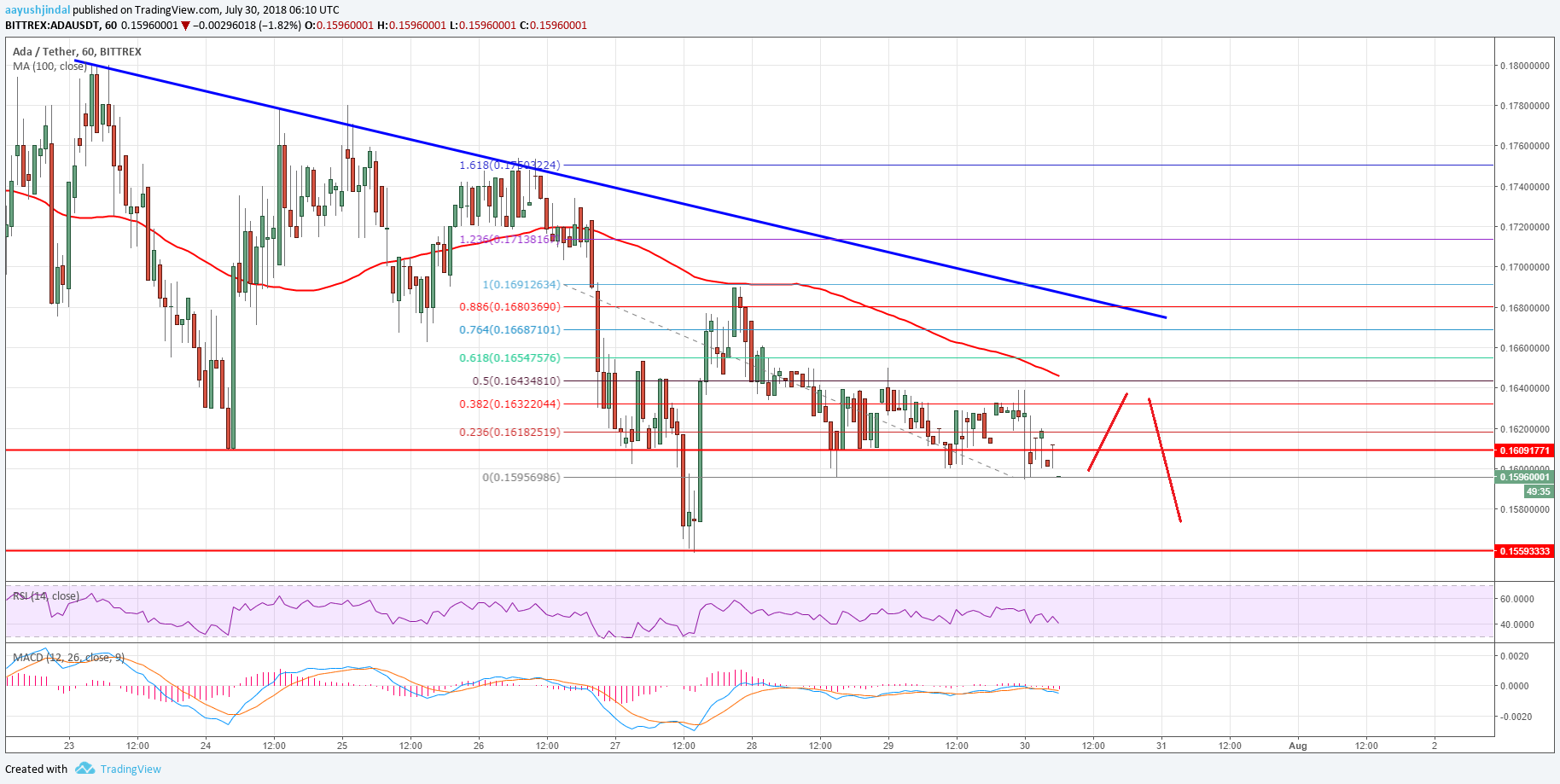 Hourly MACD – The MACD for ADA/USD is placed in the bearish zone.

Hourly RSI – The RSI for ADA/USD is moving lower towards the 40 level.