Cardano price is slightly in the bullish zone against the US Dollar and Bitcoin. ADA/USD must break the $0.2200 resistance and 100 hourly SMA to accelerate gains.

After a drop towards the $0.2000 level, ADA price found support against the US Dollar. The price traded as low as $0.2020 and formed a support base for an upside move. It started trading higher and broke the $0.2100 resistance. It also moved above the 23.6% Fib retracement level of the last decline from the $0.2365 high to $0.2024 low with a positive price action.

During the upside, there was a break above a major bearish trend line with resistance at $0.2160 on the hourly chart of the ADA/USD pair. However, the pair struggled to break an important resistance near $0.2200. It represents the 50% Fib retracement level of the last decline from the $0.2365 high to $0.2024 low. More importantly, the 100 hourly simple moving average is positioned near the $0.2200 resistance. Therefore, a break above $0.2200 is must for more gains in the near term. 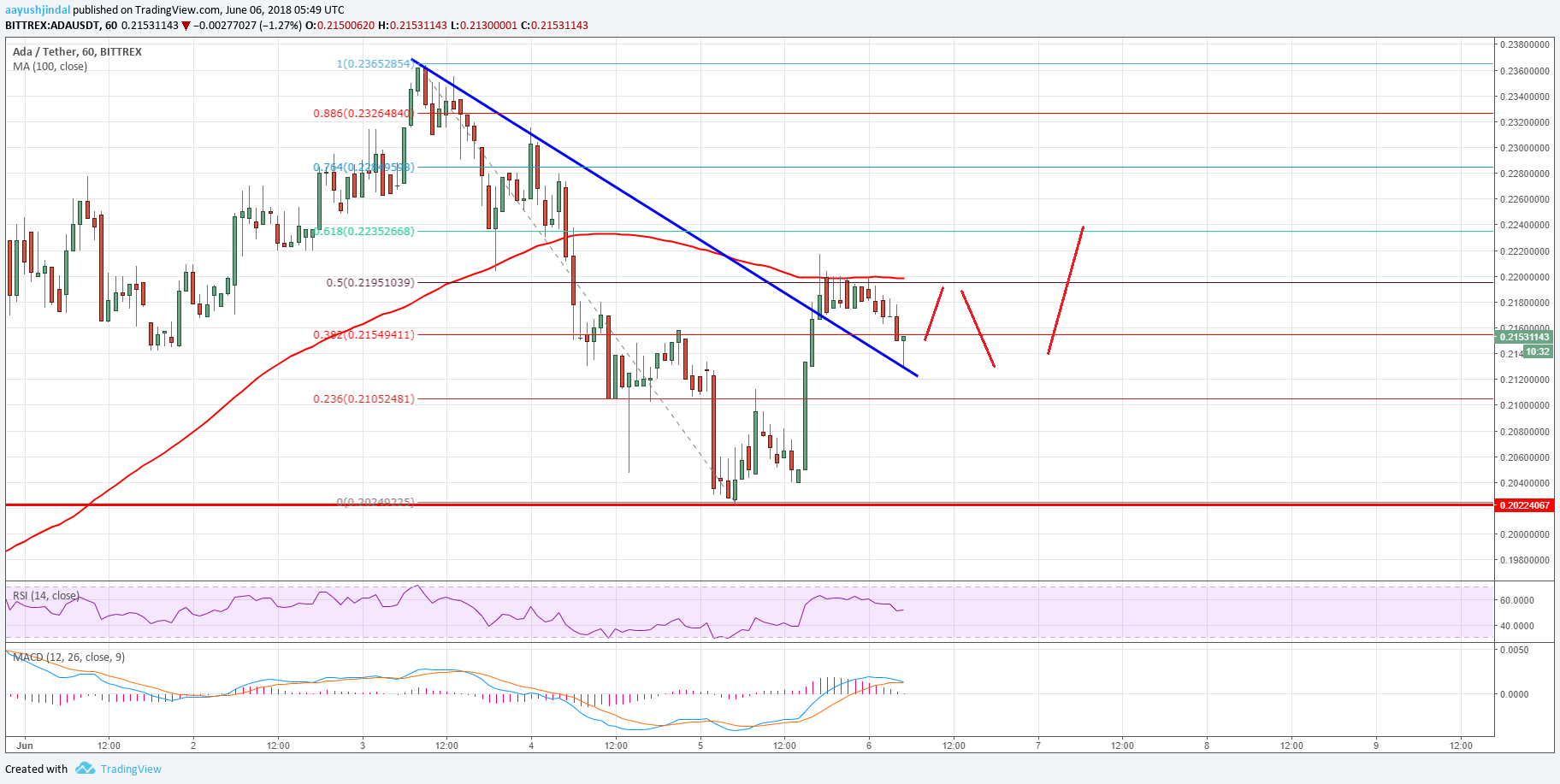 Hourly RSI – The RSI for ADA/USD is still above the 50 level.