Cardano price is back key barriers against the US Dollar and Bitcoin. ADA/USD must break the $0.2150 resistance for further upsides in the near term. 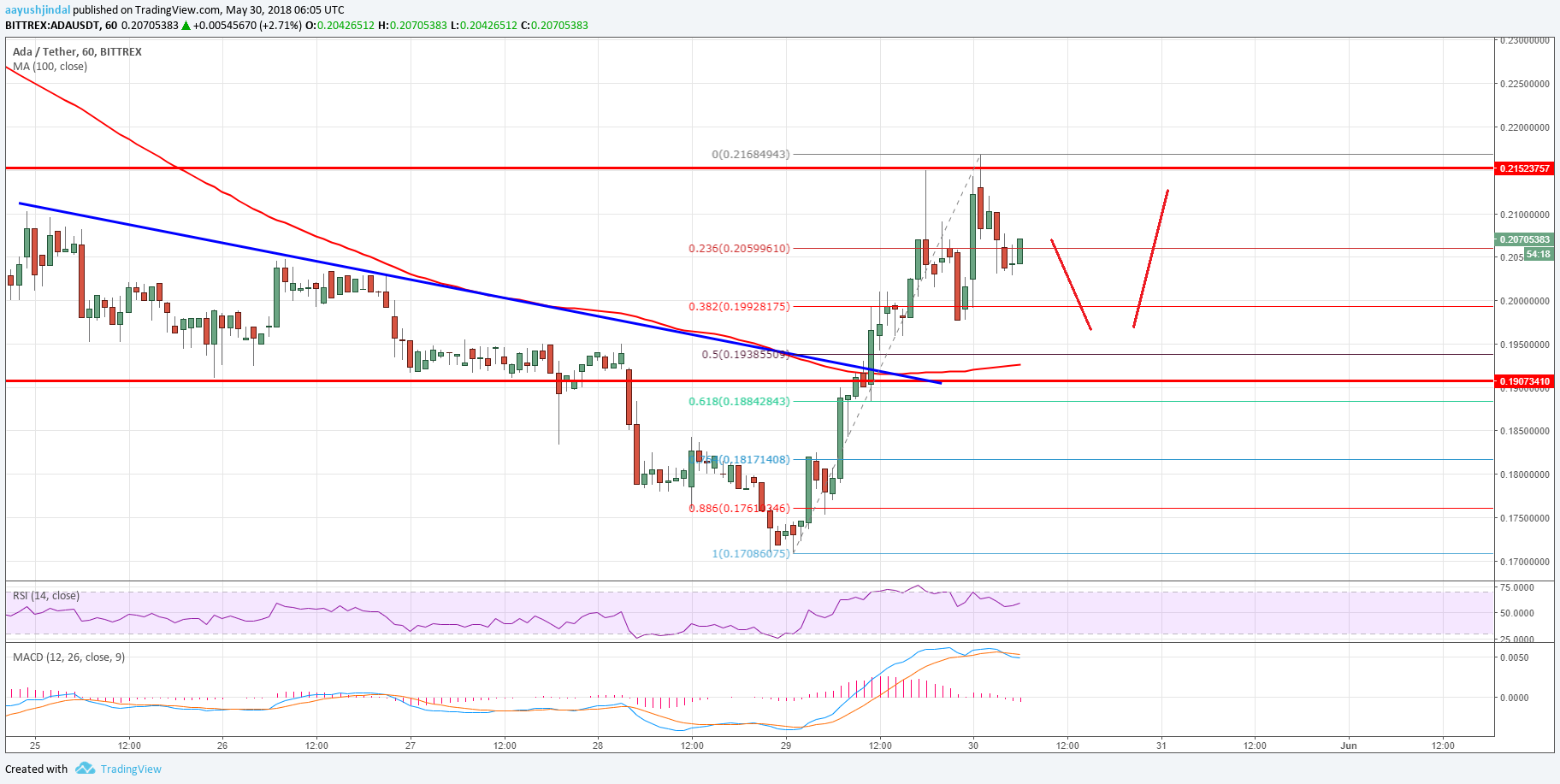 Hourly RSI – The RSI for ADA/USD is now well above the 50 level.