Cardano price is gaining momentum against the US Dollar and Bitcoin. ADA/USD is likely to move further higher above the $0.1800 level in the near term.

After a major downside correction, cardano price found support above the $0.1500 level against the US Dollar. The ADA/USD pair formed a low at $0.1542 and later started an upside move. It traded above the $0.1600 resistance to start a decent recovery. The price also broke the 23.6% Fib retracement level of the last drop from the $0.1970 high to $0.1542 low. 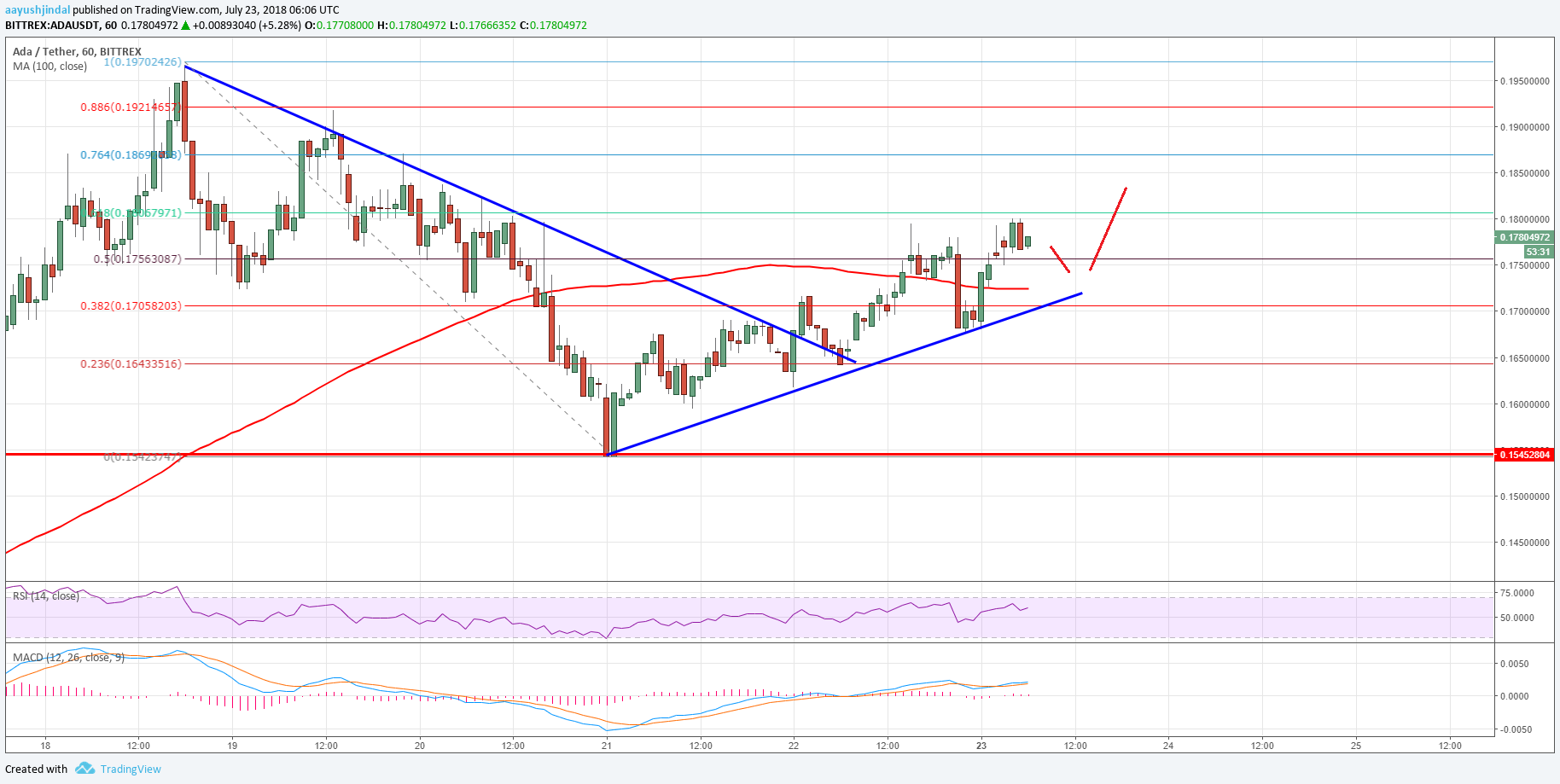 The chart indicates that the price is slowly moving higher and is well supported near $0.1700. If the price corrects lower from the current levels, it may perhaps find support near $0.1710 and the 100 hourly SMA. There is also a bullish trend line with support at $0.1710 on the same chart.

Hourly RSI – The RSI for ADA/USD is currently well above the 50 level.