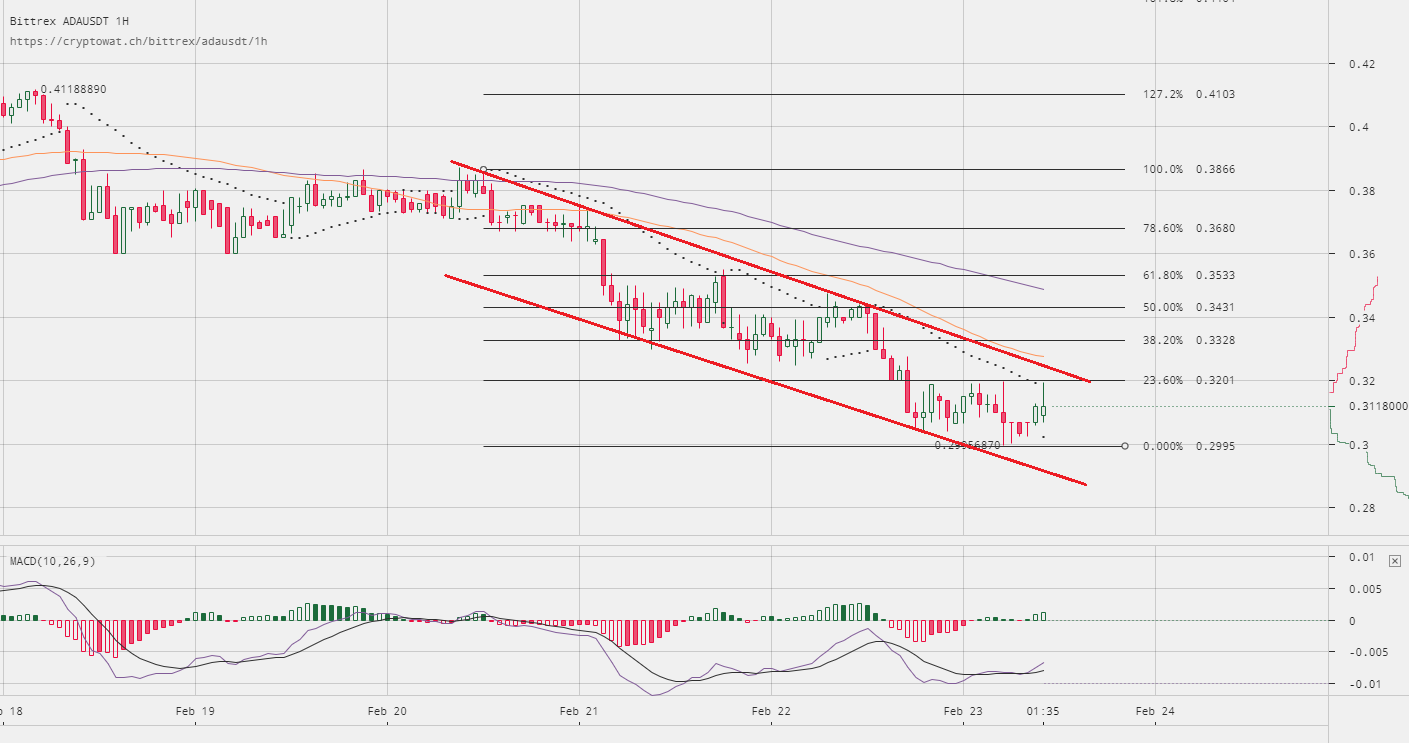 Cardano price declined further against the US Dollar and Bitcoin. ADA/USD is currently trading well below the $0.3500 level and in a bearish zone.

Hourly MACD – The MACD for ADA/USD is slowly recovering and is showing positive signs.

Hourly RSI – The RSI for ADA/USD is moving higher towards the 45-50 levels.