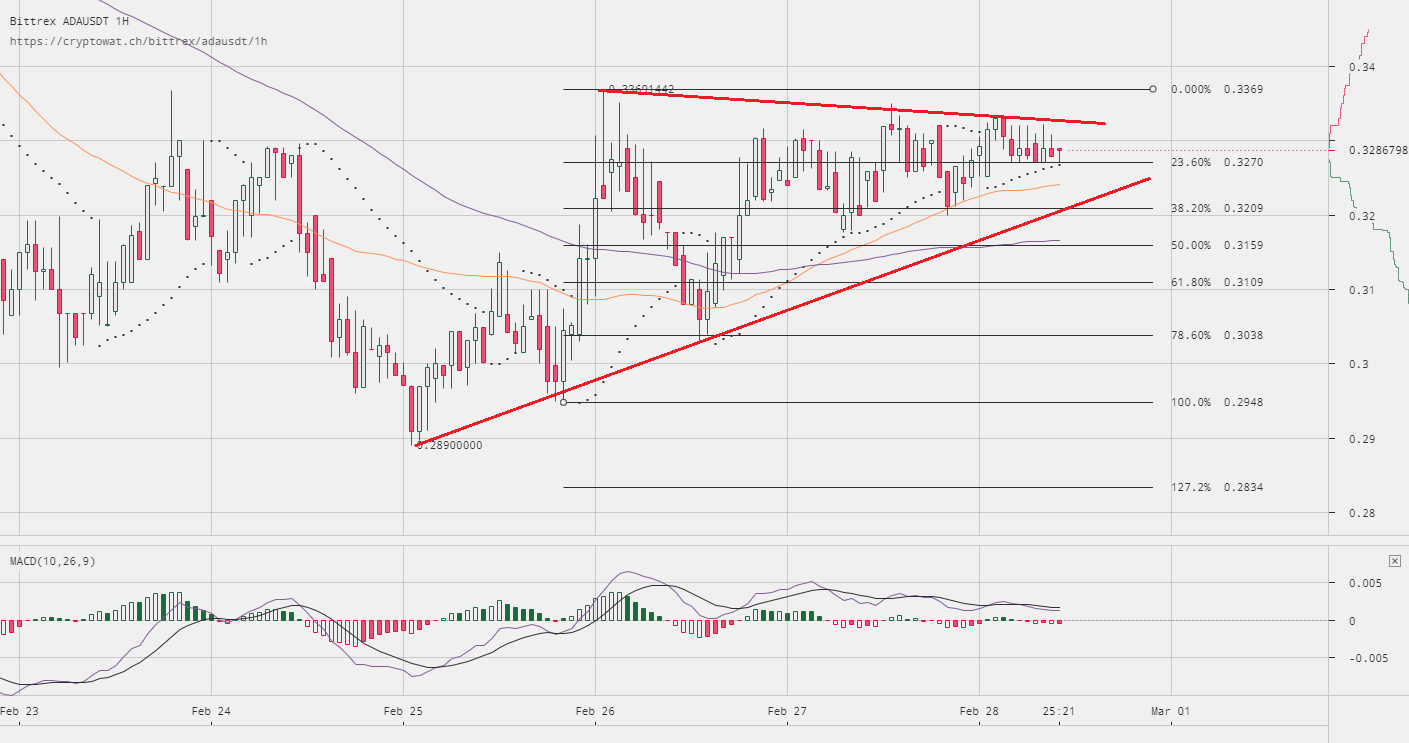 Cardano price is slowly moving higher against the US Dollar and Bitcoin. ADA/USD is likely to extend gains above the $0.3400 resistance in the near term.

There was a steady rise initiated in ADA price from the $0.2900 swing low against the US Dollar. The price made a nice upside move and traded above the $0.3000 and $0.3100 resistance levels. There are many positive signs emerging since the price is now above $0.3250. However, there is a major resistance near the $0.3400 level, which must be breached for more gains.