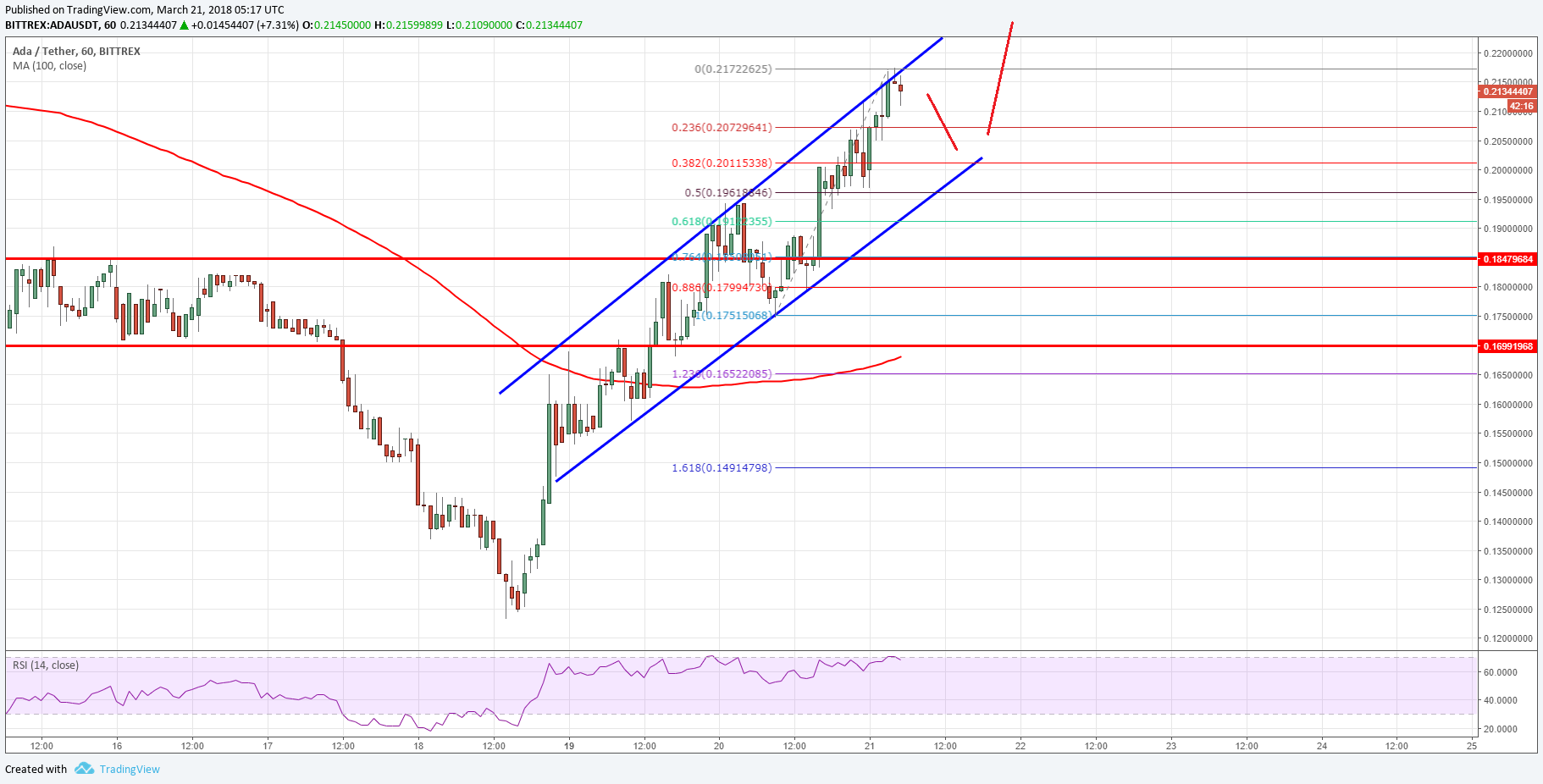 Cardano price is gaining upside momentum against the US Dollar and Bitcoin. ADA/USD is likely to remains in a bullish zone as long as it is above $0.1800

Hourly MACD – The MACD for ADA/USD is now placed well in the bullish zone.

Hourly RSI – The RSI for ADA/USD is currently well above the 60 level.