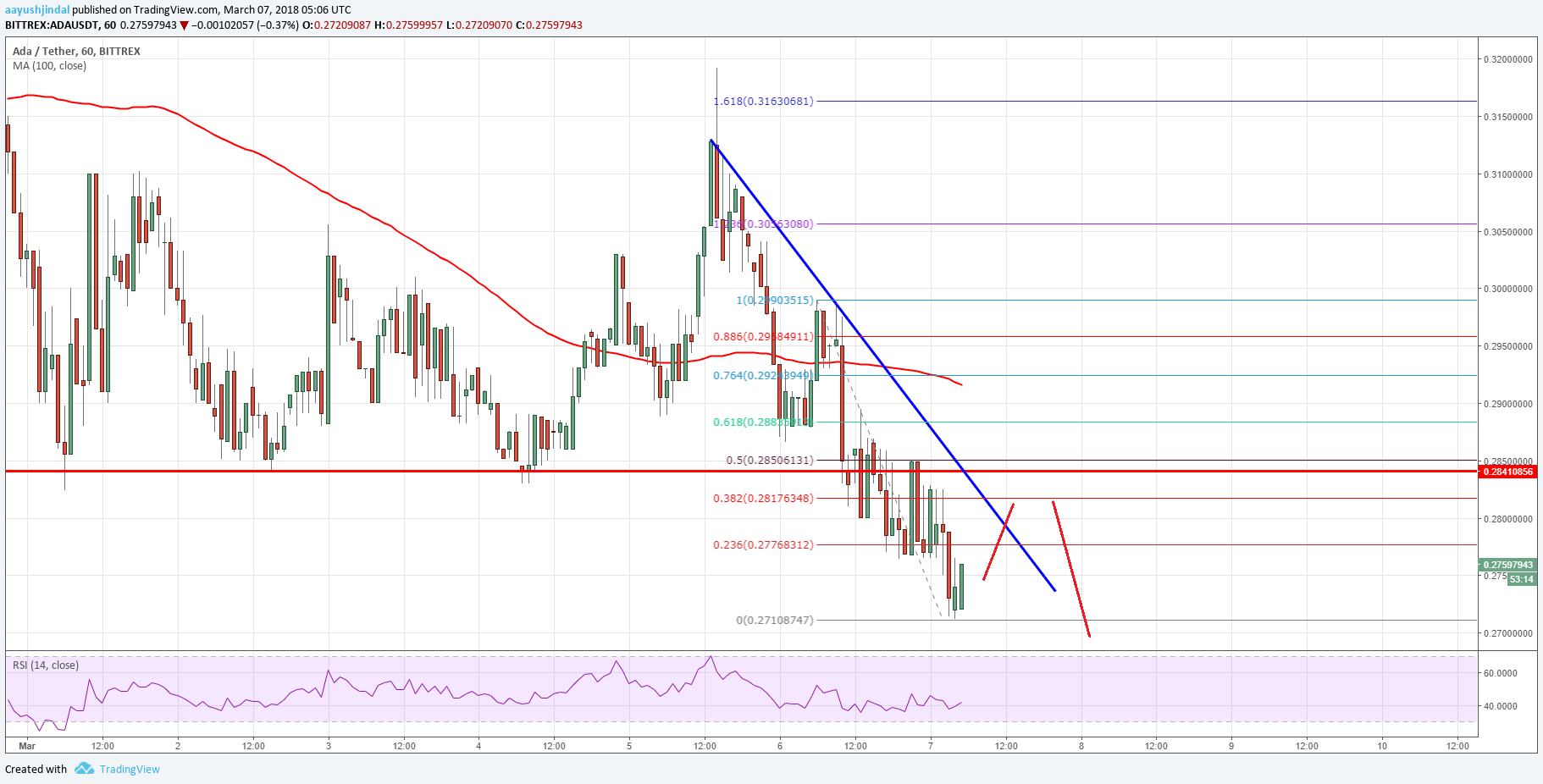 Cardano price is placed in the bearish zone against the US Dollar and Bitcoin. ADA/USD is likely to decline further with supports on the downside at $0.2710 and $0.2600.

There was no respite for buyers as there was no upside move above $0.3000 in ADA price against the US Dollar. The price remained in a bearish zone and settled below the $0.3000 level. It recently faced an increased selling pressure and broke a crucial support at $0.2840. It opened the doors for more losses and the price moved below $0.2800 and also settled below the 100 hourly simple moving average.

Therefore, if the price corrects higher from the current levels, it may face sellers near $0.2840. On the downside, a break below the recent low of $0.2710 may push the price towards the $0.2600 level.

Hourly MACD – The MACD for ADA/USD is placed well into the bearish zone.

Hourly RSI – The RSI for ADA/USD is currently around the 40 level.