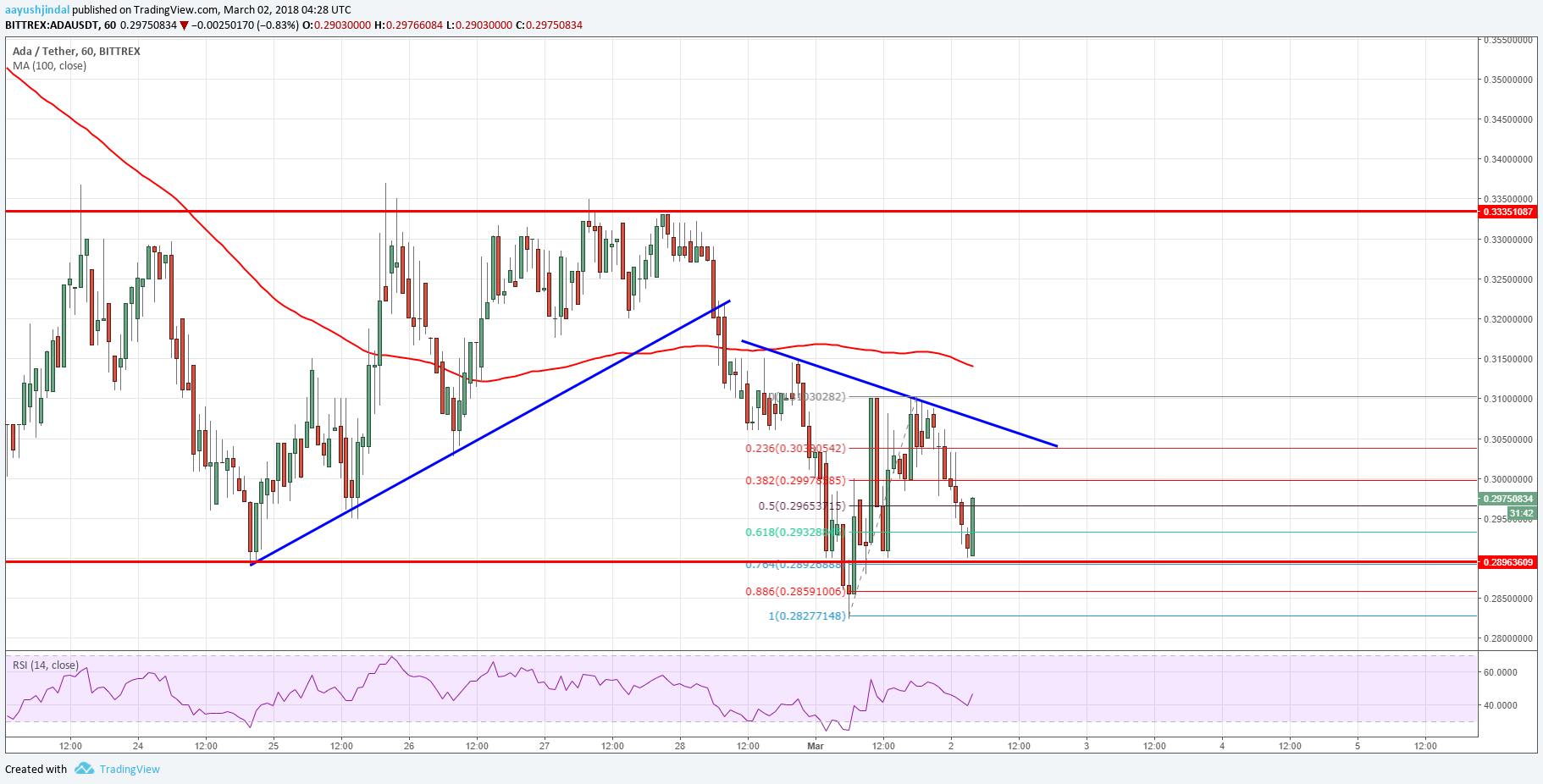 Cardano price is facing a lot of sell offers against the US Dollar and Bitcoin. ADA/USD remains at a risk of more losses below the $0.2850 support level.

There was a minor upside move above the $0.3200 level this week in ADA price against the US Dollar. The price traded above the $0.3300 level, but it could move above the $0.3335 resistance level. The stated $0.3330 zone acted as a resistance on many occasions, and it prevented further upsides on more time. A fresh downside move was initiated and the price declined below $0.3200 and the 100 hourly simple moving average.

Hourly MACD – The MACD for ADA/USD is back in the bearish zone.

Hourly RSI – The RSI for ADA/USD is just below the 50 level.