Cardano price is struggling to recover against the US Dollar and Bitcoin. ADA/USD is likely to remain in a bearish zone as long as it is below $0.3050.

There was a sharp increase in the bearish pressure on ADA price around $0.3250 against the US Dollar. The price started a downside move and declined below the $0.3100 and $0.3000 support levels. It traded close to the $0.2800 level, and is currently well below $0.3000 and the 100 hourly simple moving average. The current price action is bearish, but there can be a minor upside correction from the recent $0.2823 low. 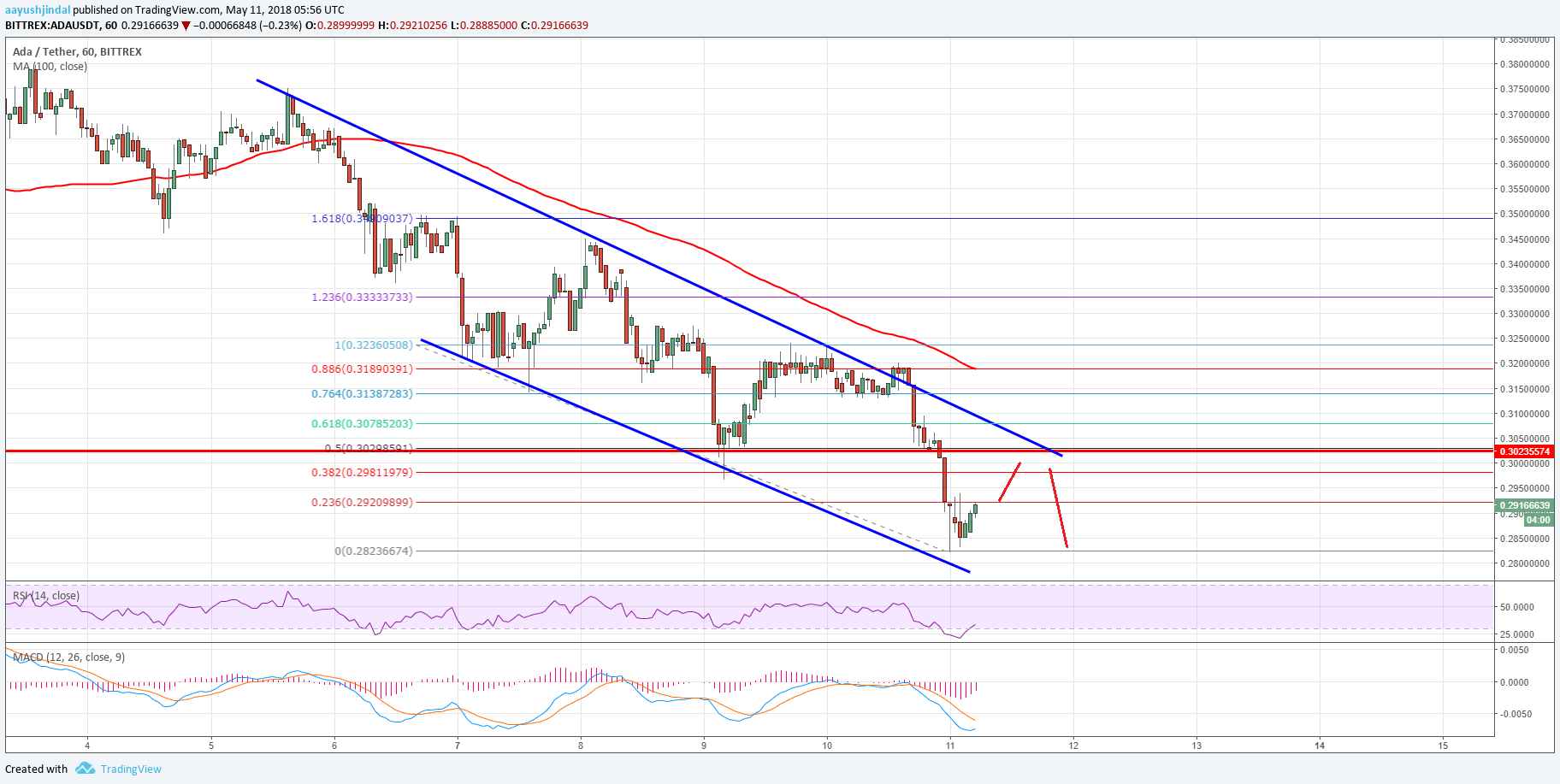 Hourly MACD – The MACD for ADA/USD is slowly moving back in the bullish zone.

Hourly RSI – The RSI for ADA/USD is moving higher from the oversold levels.