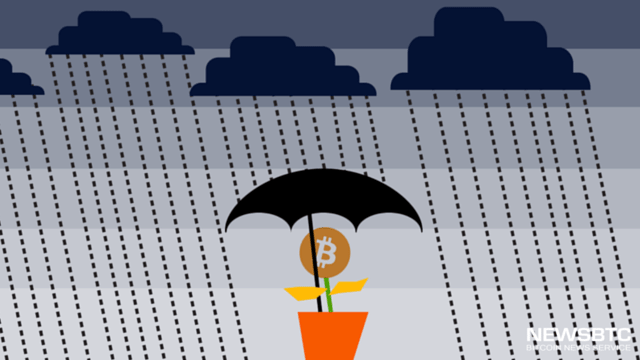 Nigeria’s national currency Naira plummeted in value against the US dollars, amid the collapse of global oil prices.

The central bank of Nigeria and President Muhammadu Buhari has already begun implementing various currency controls to avoid additional devaluation of the currency. Due to fear of hyper devaluation and extreme currency volatility, the country’s black market exchanges have seen an explosive demand of US dollars, leading to a surge in the value of USD.

Based on the data provided by Google Finance, the value of Nigerian naira fell to nearly US$0.05 for one naira, recording an all time low since early 2005.

In January 12, 2016, the black market rate for USD spiked to 282/USD according to financial blog Zerohedge, recording a staggering 29.4% increase in the value of US dollars.

“Without the CBN’s support, it is unclear who will fund BDCs and to what extent. Ultimately, we think these measure are precursor to a devaluation of the interbank FX rate – which we think is the only way to address the large and growing premium for USD on the black market,” said Alan Cameron, an economist at London-based investment bank Exotix Partners.

As opposed to the Nigerian naira, which heavily depends on the performance of its oil industry, Bitcoin as an independent currency has begun to gain traction from the relatively small community of Nigeria. Bitcoin exchanges such as ice3x.com reported additional traffic following the recent decline in the value of the national currency.

Although the Bitcoin industry and the market for the digital currency is still fairly small in size, ice3x.com founder Gareth Grobler predicts to see a rapid change in the rate of adoption and awareness of Bitcoin in Nigeria in the near future. The factor behind such growth of Bitcoin is speculated to be the increasing controls and regulations of other assets, commodities, and currencies including the US dollars.

“The Bitcoin ecosystem in Nigeria is extremely small and even though using bitcoin as a payment tool is theoretically possible in Nigeria, the bitcoin market itself is not able to sustain profitable commercial ventures yet. I think this is rapidly changing, but it is not time to cut your credit cards yet. Small business and entrepreneurs are embracing the technology and we have seen a shift towards adoption and education, away from speculation.”

Grobler further emphasized the spectacular growth in the requests from local merchants to learn more about the technology and how it can benefit them financially.

“Our payment partner voguepay.com have been inundated with calls from clients wanting to be able to accept bitcoin as payment method or local portals to international sellers wanting to use bitcoin as their payment rails.”

The one vital element that is desperately needed by the Bitcoin community and industry of Nigeria is higher liquidity and trading volume of Bitcoin. Historically, the national currency of Nigeria has maintained a declining trend, refusing to demonstrate a sign of recovery. With additional heavy currency controls and possibly, capital controls yet to be implemented by the government, Bitcoin could be a more stable option for Nigerians to store their wealth.

Tags: bitcoinBitcoin NewsBitcoin NigeriadollarsICE3Xice3x bitcoin exchangeNigeria
Tweet123Share196ShareSend
Win up to $1,000,000 in One Spin at CryptoSlots