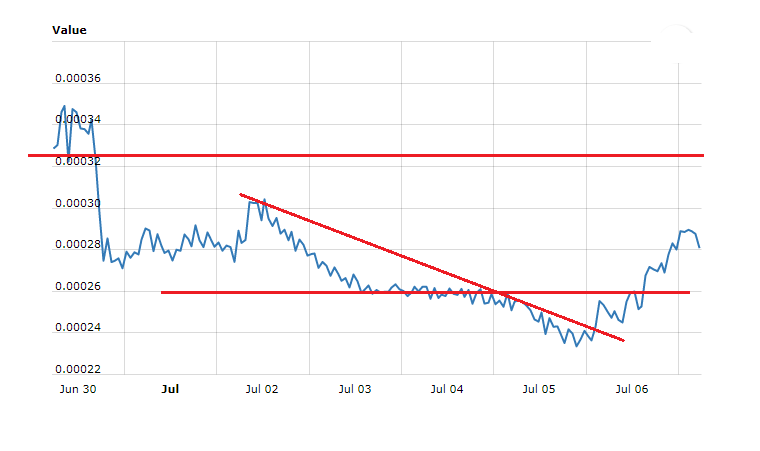 Creditbit price managed to hold important levels against the US Dollar and Bitcoin, and CRB/BTC may now look to trade above 0.00030BTC.

There were a few swing moves and declines in Creditbit price below 0.00028BTC against the Bitcoin. Later, the price traded towards the 0.00024BTC support, which acted as a decent barrier for sellers. As a result, the price started a recovery and moved above 0.00025BTC. A close above the 23.6% Fib retracement level of the last decline from the 0.00035BTC to 0.00024BTC was broken to initiate a recovery. The most important move was above the 0.00026BTC resistance, which was a support earlier.

Moreover, there was a break above a bearish trend line with resistance at 0.00025BTC on the 7-day chart of CRB/BTC. The price is currently attempting a close above the 50% Fib retracement level of the last decline from the 0.00035BTC to 0.00024BTC. Once it succeeds, it could easily gain pace for further gains towards the 0.00030BTC level. Above 0.00030BTC, the next major hurdle for CRB buyers is around the 0.00032BTC level.

On the downside, the broken resistance at 0.00026BTC may now act as a support. It seems like the 0.00024BTC and 0.00026BTC levels are providing a solid support base. As long as the mentioned supports are intact, the price would continue to rise towards 0.00032BTC.

Hourly RSI – The RSI for the CRBIT/BTC pair is just above the 50 level.