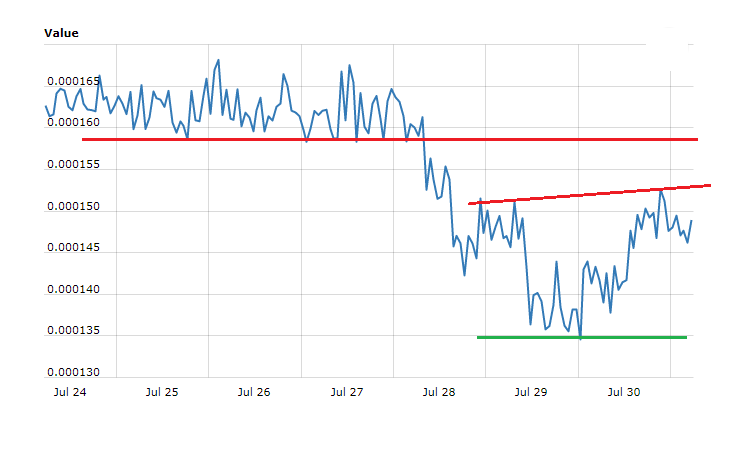 Creditbit price declined further against the US Dollar and Bitcoin, and CRB/BTC’s upside move remains capped near the 0.00016BTC level.

There was no respite for Creditbit price as it continued to decline below the 0.00016BTC support against Bitcoin. The downside move was such that the price broke the 0.000150BTC support area. A new monthly low was formed near 0.000135BTC from where a recovery wave was initiated. The price managed to recover above the 23.6% Fib retracement level of the last decline from the 0.000165BTC high to 0.000135BTC low.

Looking at the price of CRB to US Dollar, there was a minor downside move towards the $0.37 level. Later, the price found support just above $0.35 and later moved higher. However, the upside move may face many resistances like $0.42 and $0.45. The most important hurdle remains near $0.50.

Hourly MACD – The MACD for the CRBIT/BTC pair is recovering from the bearish to bullish zone.

Hourly RSI – The RSI for the CRBIT/BTC pair is currently just below the 50 level.