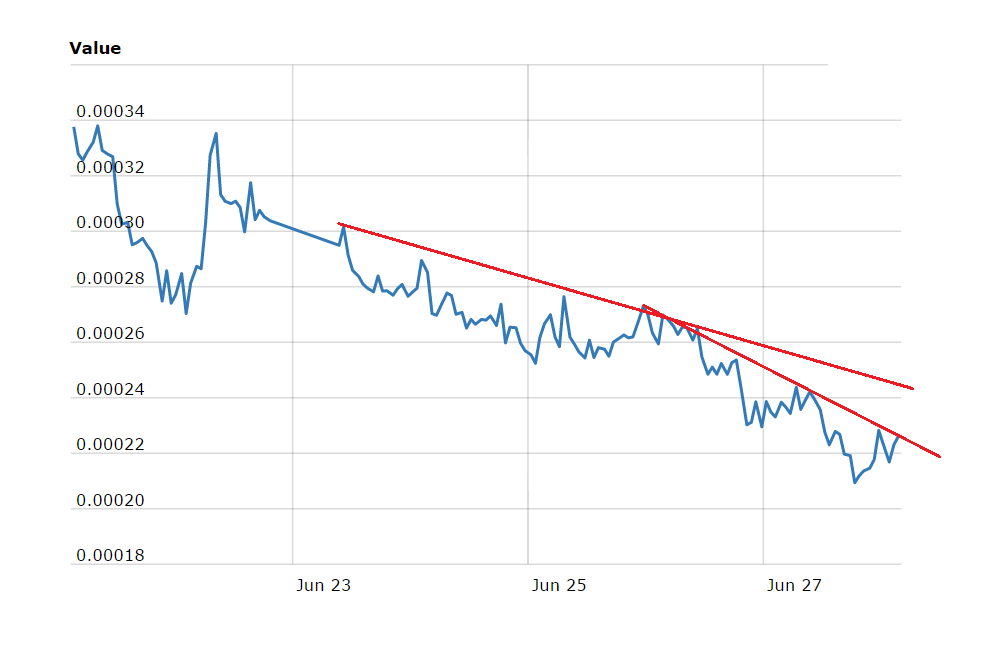 Creditbit price continued to decline against the US Dollar and Bitcoin, and CRB/BTC breached a major support area near 0.00025BTC for more losses.

There was no recovery in Creditbit price above 0.00030BTC against the Bitcoin. The price continued to struggle and failed to gain momentum above 0.00030BTC. As a result, there was another downside wave, and the price broke the 0.00026BTC and 0.00025BTC support levels. It even traded below the 0.00022BTC, which has opened the doors for a test of 0.00020BTC. The price may continue to decline until buyers take a stand near 0.00020BTC.

CRB also struggled against the US Dollar, as it broke the $0.60 support zone. It traded towards the $0.50 where buyers just managed to hold losses. However, the price remains at a risk of a break below $0.5 if sellers gain momentum. On the upside, the broken support zone near $0.60 and $0.70 might act as a resistance in the near term.

Hourly MACD – The MACD for the CRBIT/BTC pair is extending its slide in the bearish slope.

Hourly RSI – The RSI for the CRBIT/BTC pair is now in the oversold readings.