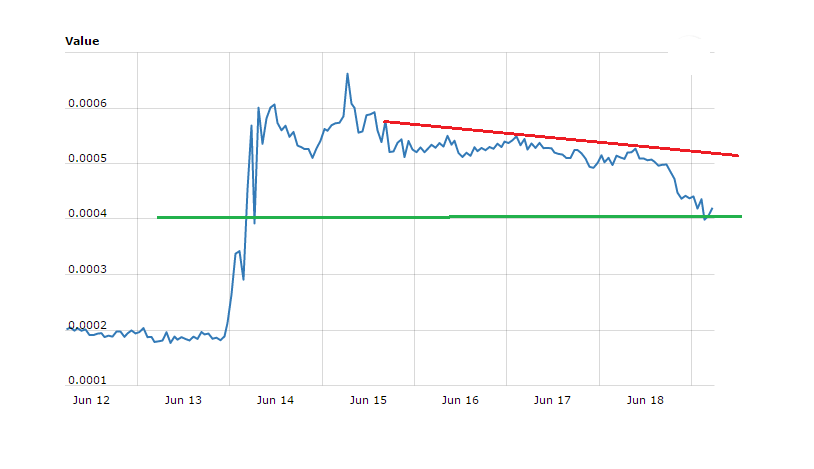 Creditbit price started a correction against the US Dollar and Bitcoin, and CRB/BTC is now approaching a key support area around 0.00040BTC.

There was a decent wave towards 0.00070BTC in Creditbit price against the Bitcoin. Later, the price started correcting lower, and traded below a few supports like 0.00060BTC. First, the price was able to break the 23.6% Fib retracement level of the last wave from the 0.00020BTC low to 0.00070BTC high. It opened the doors for more declines towards 0.00050BTC.

On the upside, there is a connecting bearish trend line with resistance at 0.00050BTC on the 7-day chart of CRB/BTC. A break above it may complete the correction for a move above 0.00050BTC. Looking at the moves against the US Dollar, the price is closing in towards a monster support at $1.00. Overall, it looks like CRB is testing crucial supports, and may recover in the near term.

Hourly MACD – The MACD for the CRBIT/BTC pair has slowly reduced the bullish slope.

Hourly RSI – The RSI for the CRBIT/BTC pair is testing the 50 level.