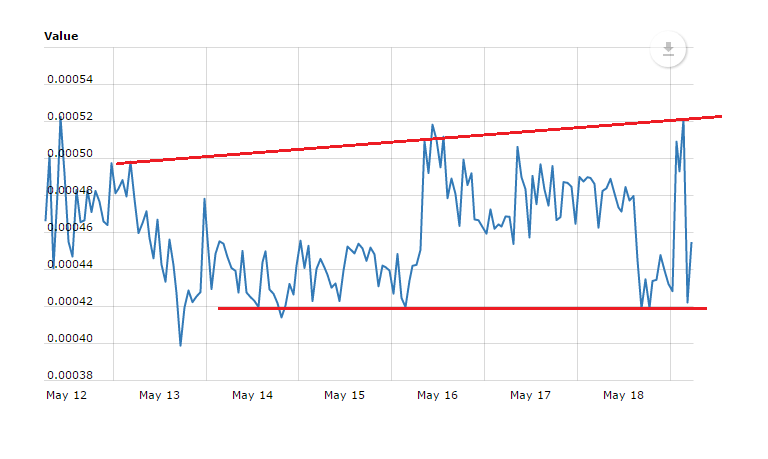 Creditbit price has started a consolidation phase against the US Dollar and Bitcoin, and there is a chance of CRBIT/BTC moving higher in the near term.

In the last analysis, we discussed that there is a base formation in Creditbit price above 0.00040BTC against the Bitcoin. At the same time, there was a major resistance formed near 0.00060BTC. The price failed to break these levels, and mostly traded in a range pattern. There were many attempts to break the 0.00052BTC resistance area, but buyers failed to gain momentum. The same level also represents the 50% Fib retracement level of the last decline from the 0.000630BTC high to 0.000405BTC low.

In my view, the current pattern is short-term bullish, and buyers may attempt a move towards 0.00060BTC. The CRIT/USD pair also forming a similar pattern, and may soon trade above the $0.95 level and settle above $1.

Hourly MACD – The MACD for the CRBIT/BTC pair is mostly flat with no real bullish momentum.

Hourly RSI – The RSI for the CRBIT/BTC pair is currently just around the 50 level with no clear direction.