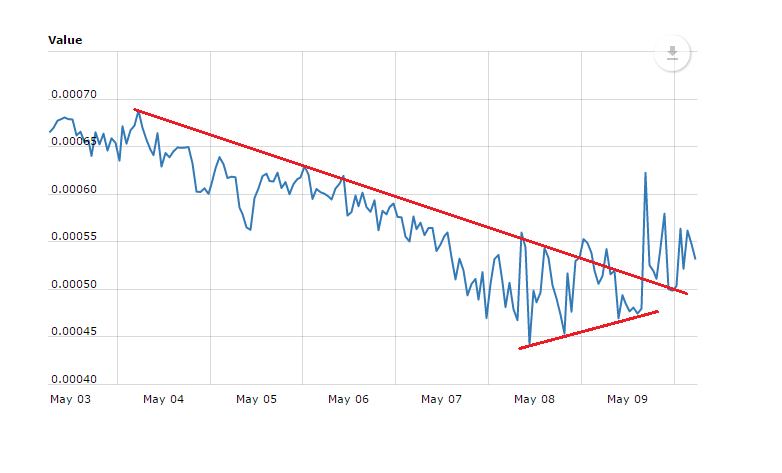 Creditbit price looks like found support against the US Dollar and Bitcoin, as there was a break above a major resistance in CRBIT/BTC.

In the last analysis, we saw an extension of a major decline Creditbit price towards 0.00050BTC against the Bitcoin. Later, the price broke the stated support area and traded as low as 0.00045BTC where it found support. After forming a base the price moved higher, and broke the 0.00050BTC resistance. Similarly, there was a dip in Creditbit price against the US Dollar towards $0.70. Later, the price formed a support and recovered sharply above the $0.90 level to trade near $1.00.

It looks like the price is recovering, as a major bearish trend line with resistance at 0.00050BTC on the 7-day chart of CRBIT/BTC was broken. The price also broke the 23.6% Fib retracement level of the last decline from the 0.00075BTC high to 0.00045BTC low. However, the price is struggling to gain momentum above 0.00060BTC.

It looks like it is finding hard to settle above the 50% Fib retracement level of the last decline from the 0.00075BTC high to 0.00045BTC low. However, there are signs of a solid recovery, and now if 0.00045BTC continues to hold, the price may rise. The next stop on the upside could be near 0.00070BTC, which is a crucial pivot.

Hourly MACD – The MACD for the CRBIT/BTC pair recovered a bit, but with no major momentum.

Hourly RSI – The RSI for the CRBIT/BTC pair is struggling to move above the 50 level.