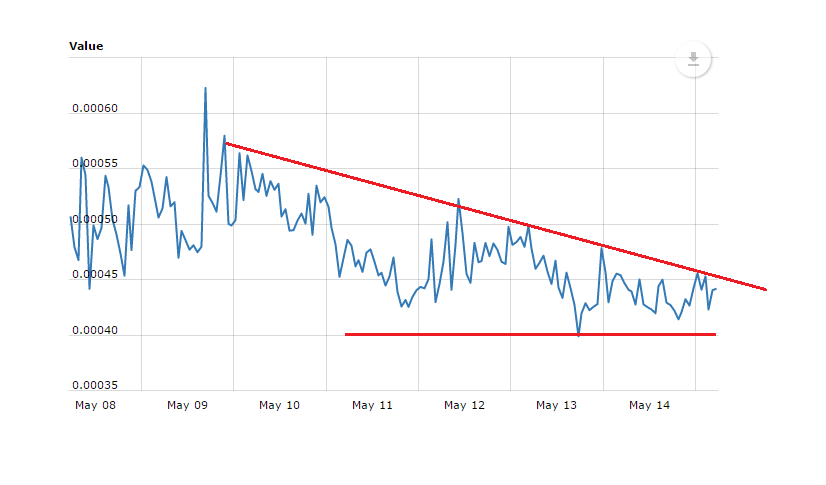 Creditbit price failed once again to move higher against the US Dollar and Bitcoin, and now CRBIT/BTC is facing a major resistance just below 0.00060BTC.

In the last analysis, we discussed that if Creditbit price does not close above 0.00060BTC against the Bitcoin, there can be more declines. We also discussed that the price may retest 0.00040BTC. The price failed to gain pace above 0.00060BTC, resulting in a downside move. At the moment, the 0.00040BTC is acting as a support and preventing further downsides. During the last upside, the 38.2% Fib retracement level of the last decline from the 0.000618BTC high to 0.000415BTC low acted as a resistance.

As a result, the price moved down sharply, and traded below the last low of 0.000415BTC. A new low was formed near 0.00040BTC from where the price started a recovery. On the upside, there is a crucial bearish trend line with resistance at 0.00045BTC formed on the 7-day chart of CRBIT/BTC. It is acting as a strong barrier and preventing gains above 0.00050BTC.

Hourly MACD – The MACD for the CRBIT/BTC pair is sitting comfortably in the bearish zone.

Hourly RSI – The RSI for the CRBIT/BTC pair is currently near 32 and well below the 50 level.