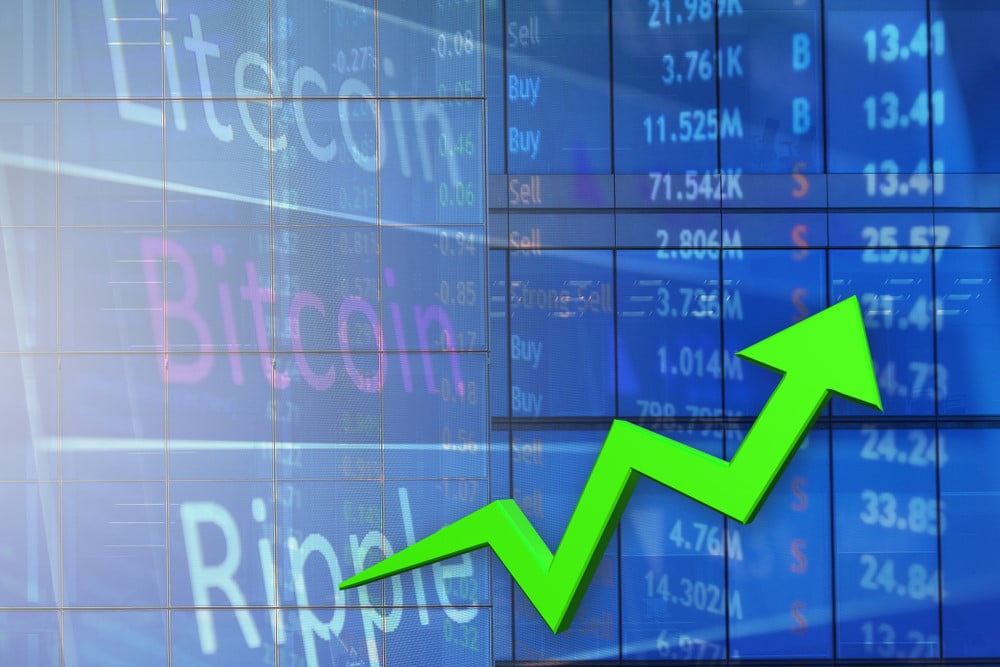 The crypto market cap is surging above $265.0B, with sharp gains in bitcoin (BTC) and Ethereum (ETH). EOS, Tron (TRX), BCH, ripple, ADA, BNB, and other altcoins are trading with a positive bias.

After a successful close above the $400 level, bitcoin cash price climbed higher steadily against the US Dollar. The BCH/USD pair broke the $410 and $420 resistance levels. The pair is now trading nicely above the $425 level and it might continue to rise in the coming sessions.

EOS price gained significantly after it broke the key $6.50 resistance level. The price climbed above the $6.75 resistance and the bulls were successful in a close above the $7.00 level. The next key resistances are near the $7.10 and $7.12 levels.

Tron price is rising slowly and it recently traded above the $0.0330 level. TRX price is currently climbing and it could test the $0.0340 resistance level. If there are more upsides, the price is likely to test the $0.0350 level in the coming sessions.

Looking at the total cryptocurrency market cap hourly chart, there was a strong upward move after there was a break above the $255.0B and $260.0B resistance levels. The market cap even broke the $270.0B level and recently tested the $278.0B zone. It corrected lower, but the $264.0B level acted as a strong support. The current price action is positive, suggesting more gains above the $275.0B and $280.0B levels. If all goes well, the crypto market could even test the $300.00B level in the coming days. Therefore, more gains are possible in bitcoin, ETH, XRP, TRX, ADA, bitcoin cash, litecoin, EOS, stellar, IOTA, ICX, WAN, and other altcoins.