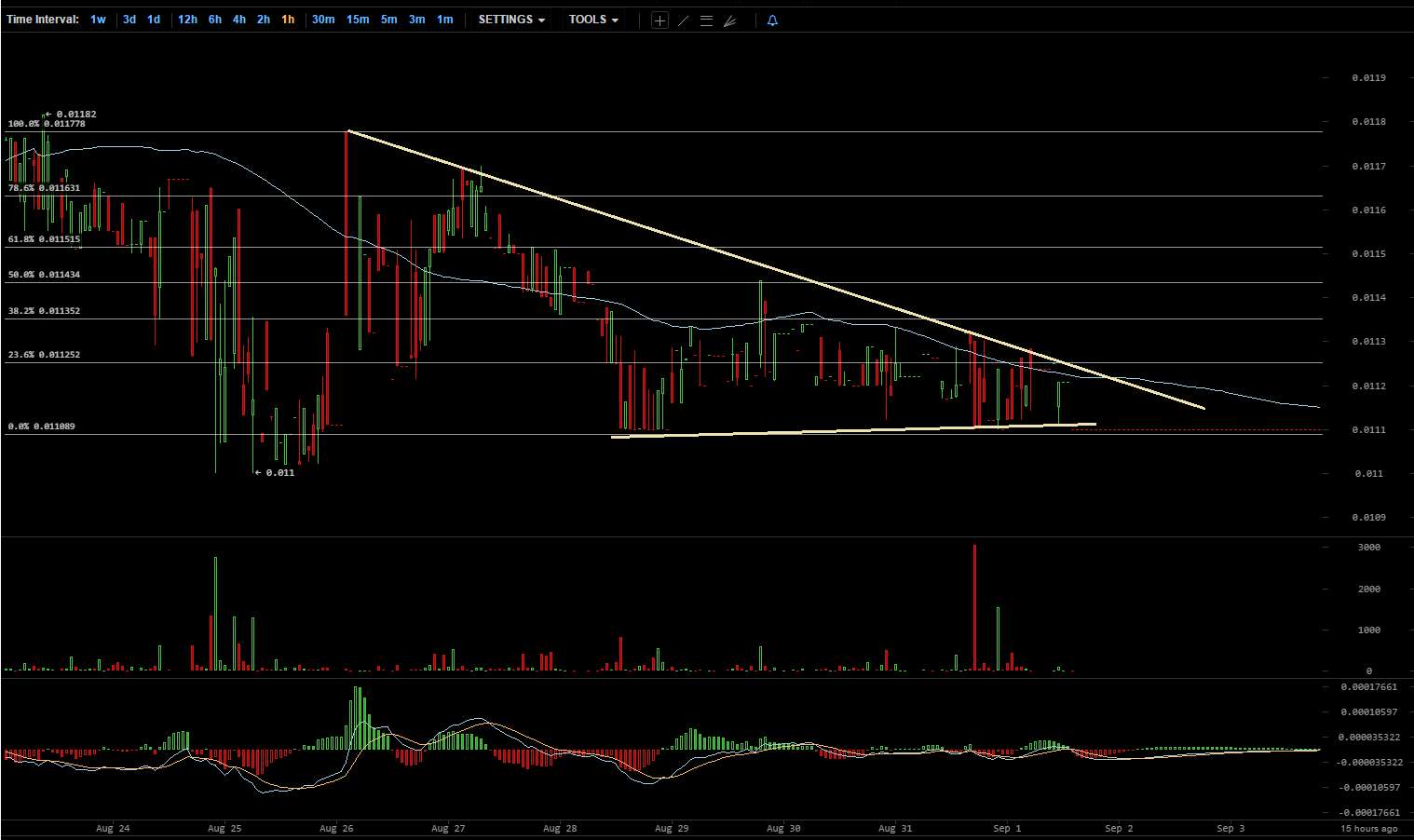 Dash price need to clear 0.0112BTC if buyers have to take it higher in the near term.

There were ranging moves in the Dash price for some time now, which we followed this week. There is a major support area building around 0.0110BTC which acted as a monster hurdle for sellers, as the mentioned level provided support many times. Currently, there is a contracting triangle pattern formed on the hourly chart, which could act as a catalyst for the next move in the near term.

On the upside, the most important pivot is around 0.0112BTC, as it represents a confluence of many things. First, the triangle resistance trend line is around the stated level. Second, the 100 hourly simple moving average is positioned around it. Lastly, the 23.6% Fib retracement level of the last drop from 0.0117BTC to 0.0110BTC is also around the stated level. In short, 0.0112BTC can be considered as a major swing area for the Dash price moving ahead. A break above it might open to doors for more upsides in the near term, taking the price towards the next resistance area around the 50% Fib level.

On the downside, as mentioned earlier, the last swing low of 0.0110BTC holds the key. If sellers manage to break it, then we might witness more losses moving ahead may be towards 0.0104BTC.

The hourly MACD is positioned in the bullish zone, which is a positive sign and might encourage buyers.