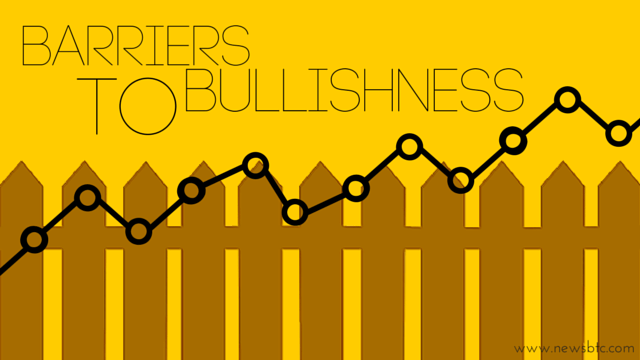 Dash price after sliding found support around 0.0125BCT which represents a major pivot area for both sellers and buyers.

Yesterday, we highlighted a bullish trend line on the hourly chart, which was breached recently by sellers. However, the downside was not aggressive, as there is monster support at 0.0125BTC which prevented losses. Moreover, the 61.8% Fib retracement level of the last wave from 0.0104BTC to 0.0156BTC was also around the stated support area. So, in short there were a lot of reason for buyers to defend more downsides around 0.0125BTC.

Now, there is a bearish trend line formed on the hourly chart, which is acting as a resistance for more upsides. The Middle Bollinger Band is also aligned with the highlighted trend line, suggesting that sellers might remain active in the near term. There is a high probability that the price might struggle to trade higher moving ahead, as the hourly RSI is also below the 50 level calling for more losses.

On the downside, as mentioned earlier 0.0125BTC holds the key. As long as the stated level is intact sellers may struggle to take the price lower. However, if there is a break below it, then more losses towards the 100 hourly simple moving average is possible.

There are several spikes noted around the bearish trend line, signaling failure to trade higher. Overall, selling rallies look like a fair deal at the moment.

Tags: DashDash Price at riskDash Price Technical Analysis
Tweet123Share196ShareSend
BitStarz Player Lands $2,459,124 Record Win! Could you be next big winner? Win up to $1,000,000 in One Spin at CryptoSlots