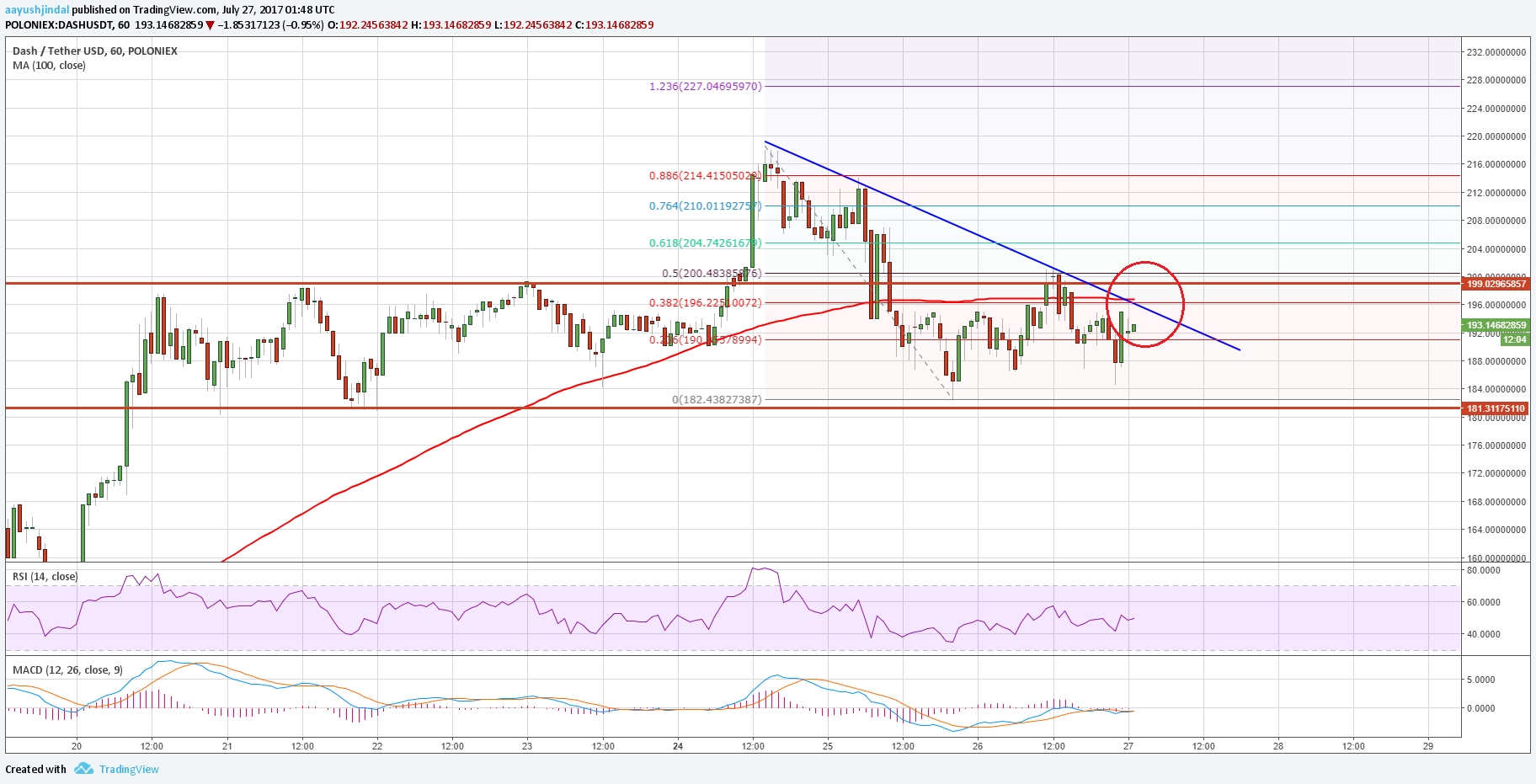 Dash price (DigitalCash) is consolidating losses against the US Dollar and Bitcoin, and now DASH/USD has to clear $200 for more upsides.

In the last analysis, we saw a minor decline in Dash price towards the $180 level against the US Dollar. The price was able to remain above the $180 support and started consolidating in a range. It is moving to and fro around the 23.6% Fib retracement level of the last decline from the $219 high to $182 low. However, there are many resistances like $198 and $200 on the upside waiting to stop gains.

There is a major bearish trend line forming with resistance at $198-199 on the hourly chart of DASH/USD. It is waiting along with the 100 hourly simple moving average below $200 to act as a major hurdle. Moreover, the 50% Fib retracement level of the last decline from the $219 high to $182 low is at $200. So, we can say there is a major barrier for buyers forming near $200. A break and close above $200 is needed for more gains in the near term. On the downside, the $180 level may continue to provide support. Only a close below $180 could diminish hopes of gains and might result in declines towards the $168-165 support zone.

Hourly RSI – The RSI for DASH/USD is currently just below the 50 level, and remains directionless.