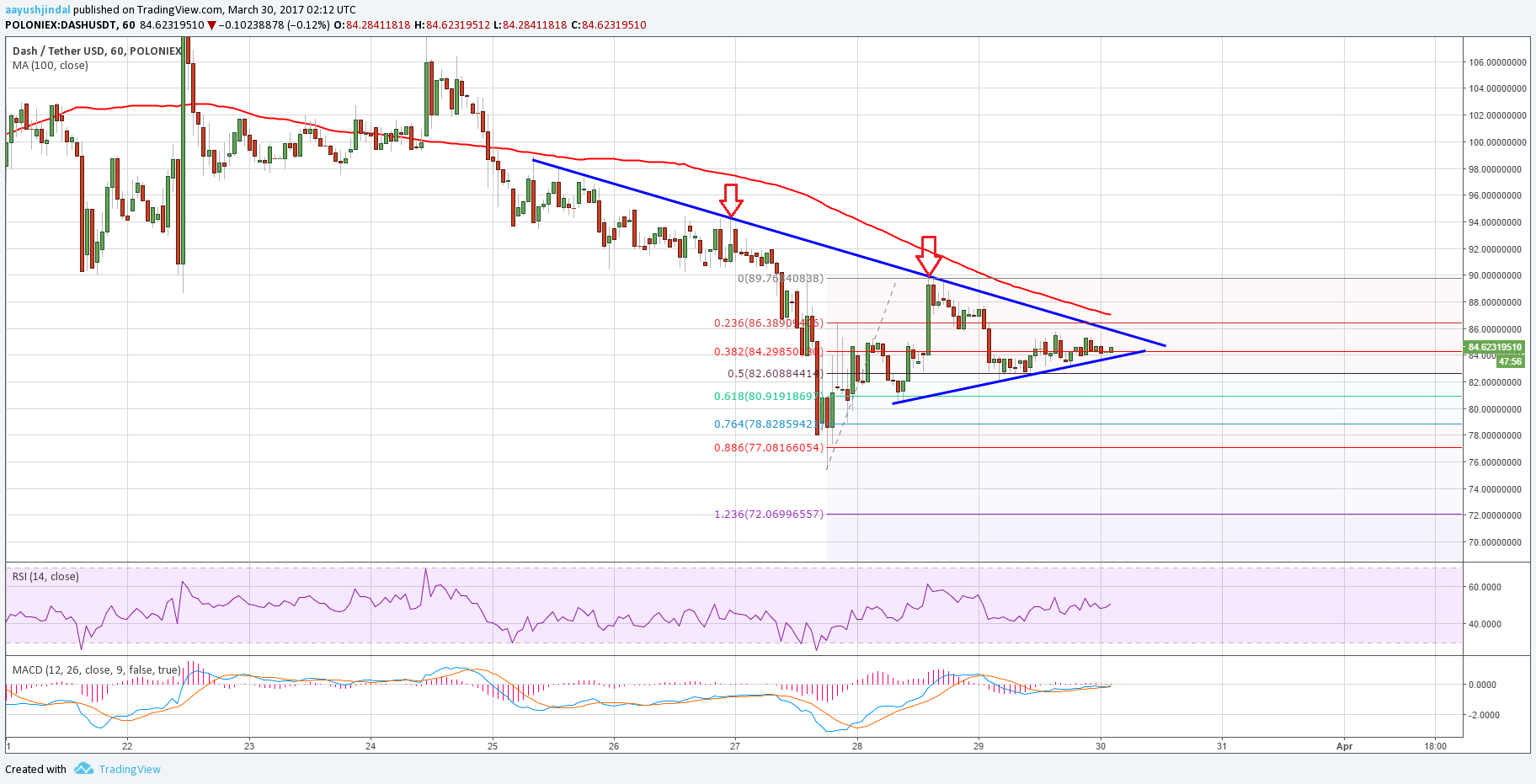 Dash price (DigitalCash) struggled to gain bids against the US Dollar, and now DASH/USD is looking for a short-term break with support at $84.

We followed a downtrend in Dash price this week with decreasing resistance at $90 and $88 against the US Dollar. The price slowly moved down recently and settled below the $88 level. The most important point is the fact that it failed to overtake the $88 and $90 resistance levels. Moreover, this week’s highlighted resistance trend line is now positioned at $86 on the hourly chart of DASH/USD (data feed from Poloniex). It may continue to act as a hurdle for buyers near $86 and $88.

The price recently failed to break the 38.2% Fib retracement level of the last decline from the $107.2 high to $75.45 low, which is a concern. Furthermore, the 100 hourly simple moving average is just above the trend line at $87, and bending down. It means the price is following a declining path. However, DigitalCash sellers are losing momentum, and the price is trading in a tight range. On the downside, there is a minor bullish trend line with support at $84. So, we can say that there is a breakout pattern formed with resistance at $86-88, and support at $84. We must keep an eye on these levels to prepare for the next move.

Hourly MACD – The MACD for DASH/USD is almost flat with no major bias.

Hourly RSI – The RSI for DASH/USD is struggling to head higher and currently below the 50 level.