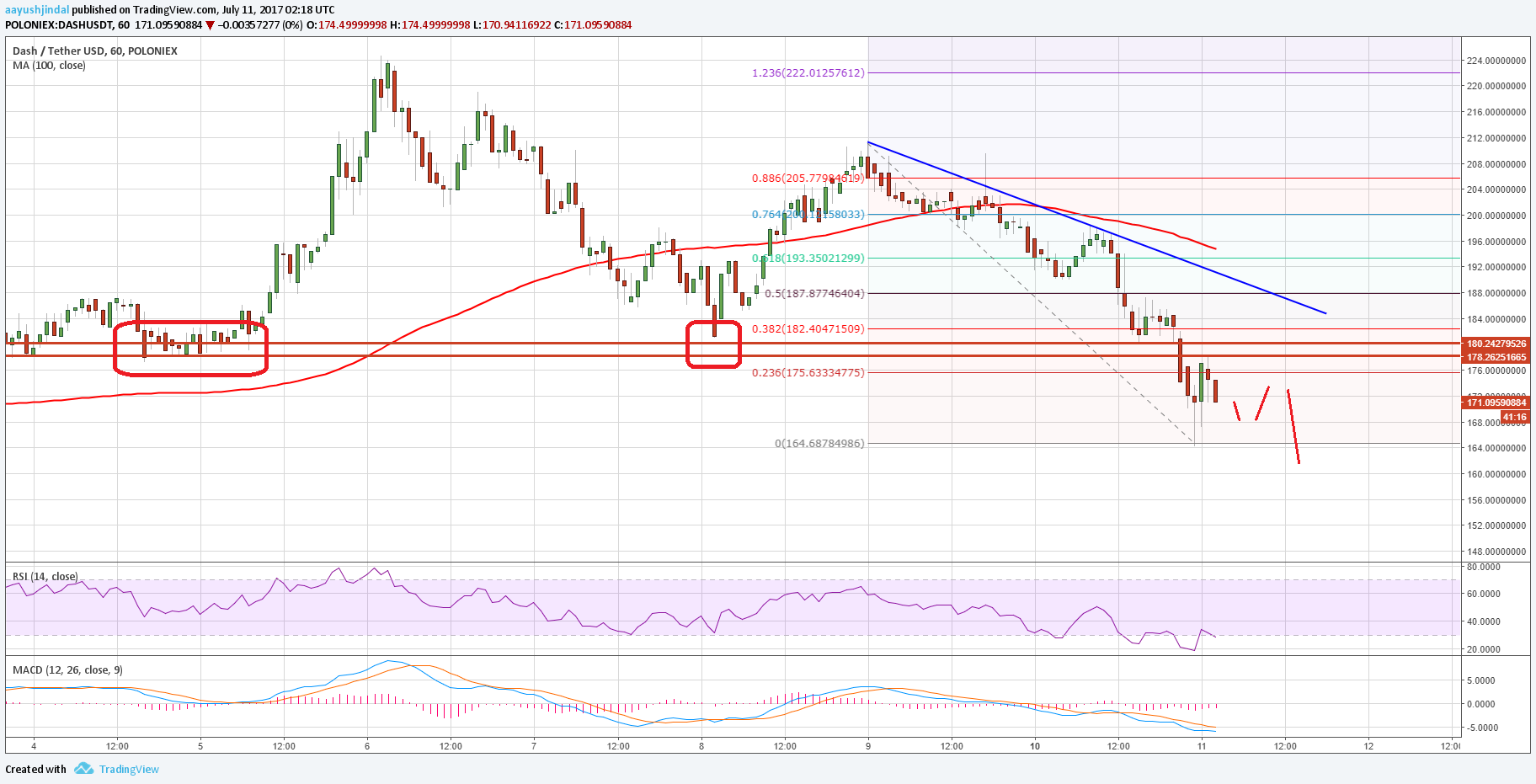 Dash price (DigitalCash) declined and broke key supports against the US Dollar and Bitcoin, and now DASH/USD is back in the bearish zone below $185.

In the last analysis, we saw a decent spike in Dash price above the $190 level against the US Dollar. The price even broke the $210 resistance and traded towards $225 where it faced sellers. Later, the price started a downside move and traded below the $210 ad $200 support levels. The most important move was below the $185-180 support, which can be considered as a weekly pivot in the short term. So, it won’t be easy for buyers to take the price back above $185 in the near term. Selling rallies towards the trend line resistance of $185 may be considered in the short term. On the downside, the $160-150 levels are decent supports.

Hourly RSI – The RSI for DASH/USD is still in the oversold levels.