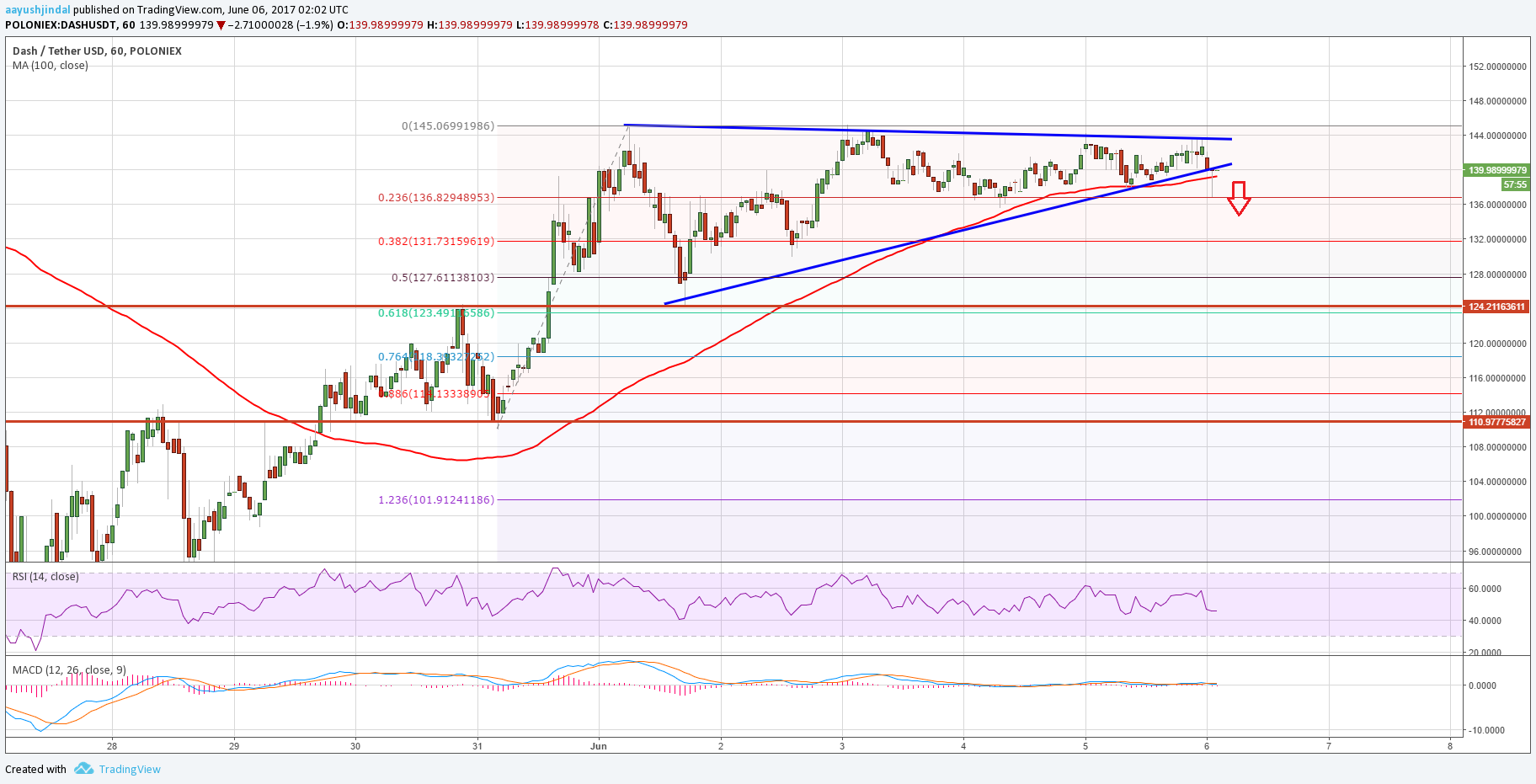 Dash price (DigitalCash) is in a bullish trend against the US Dollar and Bitcoin, but there is a chance of DASH/USD correcting lower towards $125.

In the last analysis, we noticed an overall bullish trend above $124 in Dash price against the US Dollar. The price was able to gain momentum and moved above the $140 resistance. The upside move was such that the price was able to test the $145 resistance area where it faced sellers. Buyers made two attempts to break $145, but they failed to gain momentum. As a result, there was a correction wave initiated from the $145.06 swing high.

At the moment, the DASH/USD pair is about to break a contracting channel support at $139 on the hourly chart. The contracting triangle support also coincides with the 23.6% Fib retracement level of the last wave from the $110 low to $145 high. It also overlaps with the $138 support and the 100 hourly simple moving average. So, we can say that the price is testing a crucial support at $140-138. Looking at the current price action, there is a high chance of a break below $138. In that case, the price might head towards the 50% Fib retracement level of the last wave from the $110 low to $145 high at $127. The overall trend is still bullish, but a short-term correction towards $125 is possible.

Hourly MACD – The MACD for DASH/USD is almost flat.

Hourly RSI – The RSI for DASH/USD has moved below the 50 level.