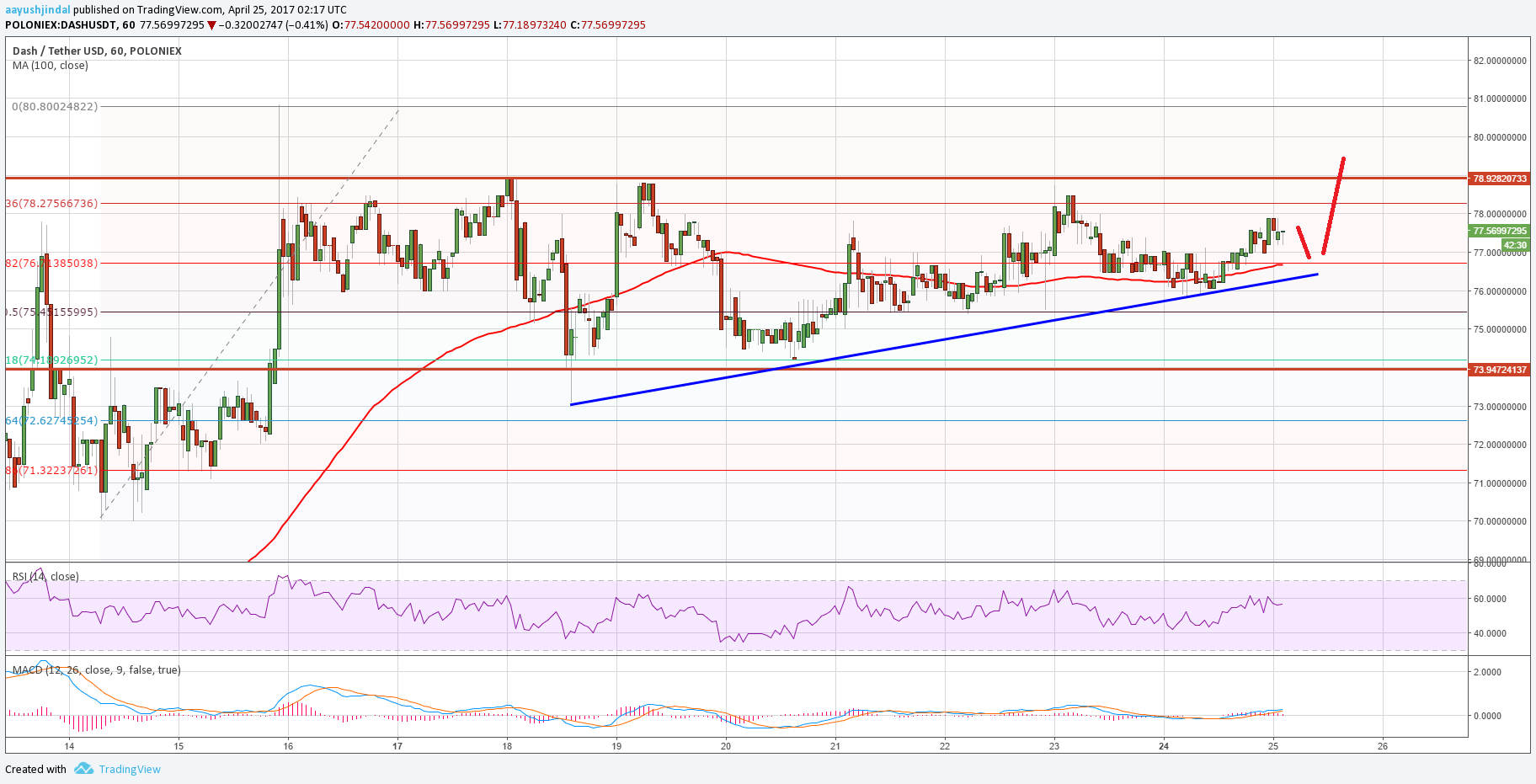 Dash price (DigitalCash) traded mostly in a range against the US Dollar, but it looks like DASH/USD is now looking to break $79 for more gains.

There were no major moves in Dash price against the US Dollar during the past two days, but it stayed above $72. There was a good support seen at $75, which held the downside move, and pushed the price higher. The price traded below the 38.2% Fib retracement level of the last wave from the $70 low to $80.80 high. However, the downsides were limited below $75.

The price at the moment is trading positively above $75. It looks like there is a crucial range pattern formed with support at $76 on the hourly chart of DASH/USD. On the downside, the 50% Fib retracement level of the last wave from the $70 low to $80.80 high also acting as a support. Moreover, there is a solid bullish trend line with support at $76 formed on the same chart. The most important support is around the 100 hourly simple moving average at $76.5. So, we can say that the price remains supported on the downside above $76 and $77. As long as the price is above these levels, there is a chance of it breaking the range resistance at $79 for further gains.

Hourly MACD – The MACD for DASH/USD is mostly flat with no major breakout sign.