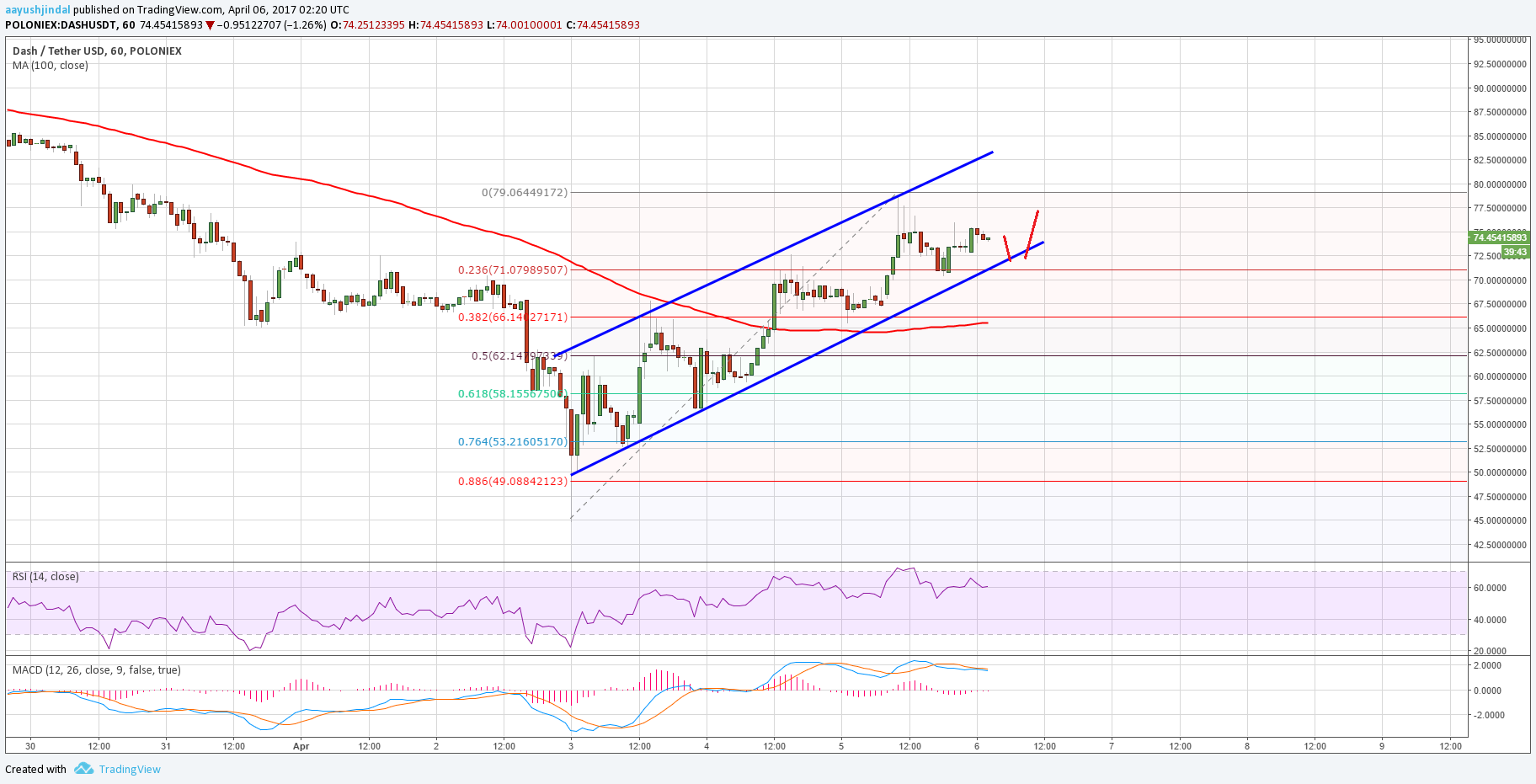 Dash price (DigitalCash) traded with a nice price action with a move above $70, and now DASH/USD could trade further higher.

There were good moves in Dash price above $65 against the US Dollar during the past few sessions. Yesterday’s highlighted important trend lines break at $68 turned out to be a game changer. The price gained pace further and managed to move above the $72 level. There was a dip earlier, but the same broken trend lines at $68 acted as a strong support and buy zone. The price also found support near the 23.6% Fib retracement level of the last wave from the $45 low to $72 high.

There was a nice upside move, as the price broke the $74 and $76 resistance levels. A new weekly high of $79.06 was formed. Now, there is a nice ascending channel with support at $70 formed on the hourly chart of DASH/USD. The channel support also coincides with the 23.6% Fib retracement level of the last wave from the $44.80 low to $77 high. So, if the price dips further from the current levels, the $72 and $71 support area might come into play.

The price is now well above the 100 hourly simple moving average at $66. It is a positive sign, and suggest more gains. On the upside, an initial resistance is at $78, followed by $80.

Hourly MACD – The MACD for DASH/USD is moving back in the bullish zone.

Hourly RSI – The RSI for DASH/USD is in the overbought levels, but with no sign of a correction.