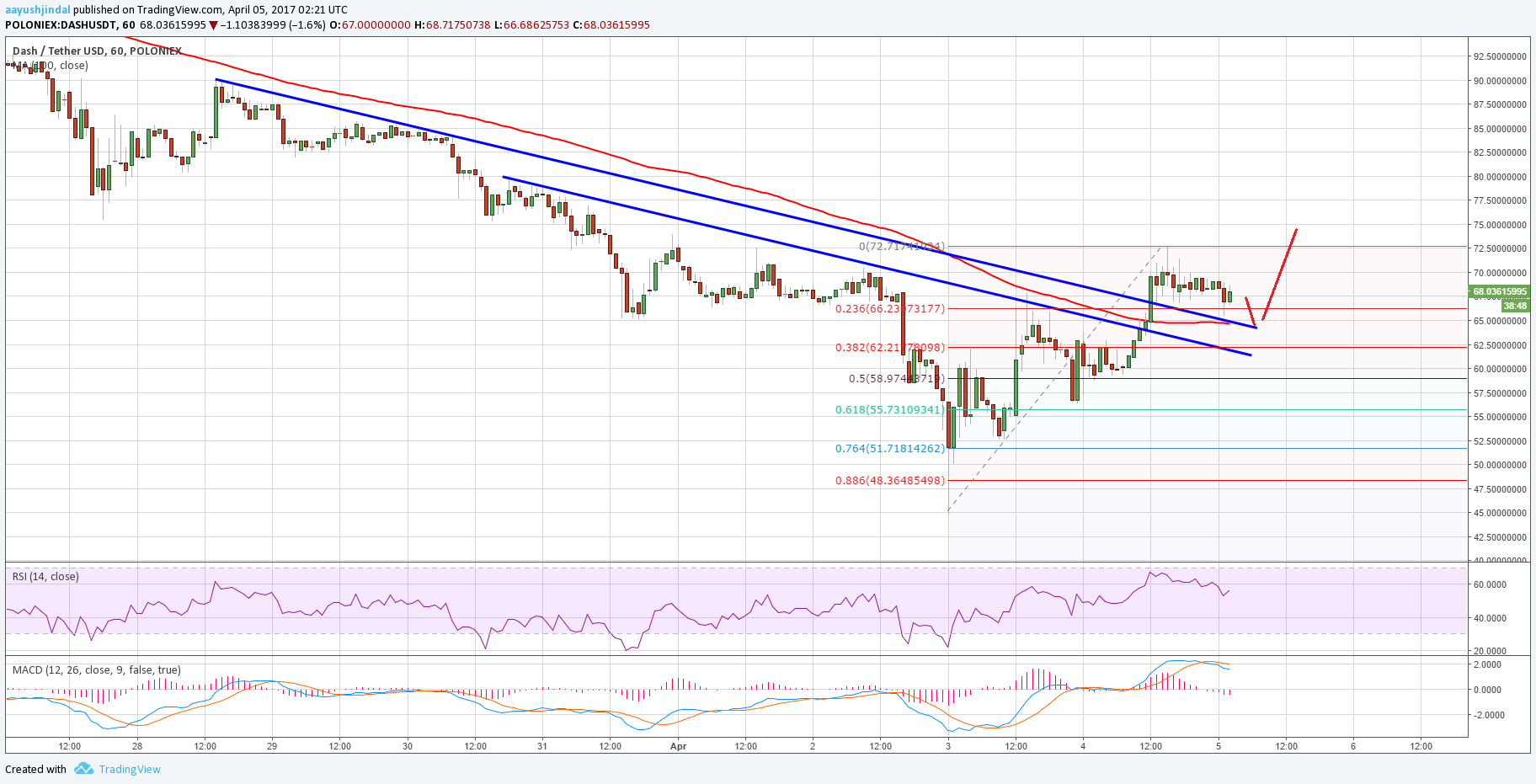 Dash price (DigitalCash) made a nice upside move above $66 against the US dollar, and now DASH/USD is trading with a positive bias.

Yesterday, we saw how Dash price struggled to move above the $68 resistance area against the US Dollar. Later, it moved down below $50 and traded towards $45. However, the price found strong bids near $45, and recovered sharply. The upside move was such that during the past session, the price was above to overtake $65. The best part was move above the 50% Fib retracement level of the last decline from the $91 high to $45 low.

Later, the price gained strength and climbed above the 100 hourly simple moving average at $65. It opened the doors for a break above this week’s highlighted two bearish trend lines with resistance at $67-68 on the hourly chart of DASH/USD. The price is now placed well above the $66 level, and recently traded as high as $72. It is now correcting lower towards $67. An initial support is around the 23.6% Fib retracement level of the last wave from the $45 low to $72 high. Moreover, the broken 100 hourly simple moving average at $65 may now act as a support. And, the main support is near the bearish trend lines at $67. These may act as a good support above $65. So, as long as the price is above $65, more gains are likely.

Hourly MACD – The MACD for DASH/USD is currently neutral.