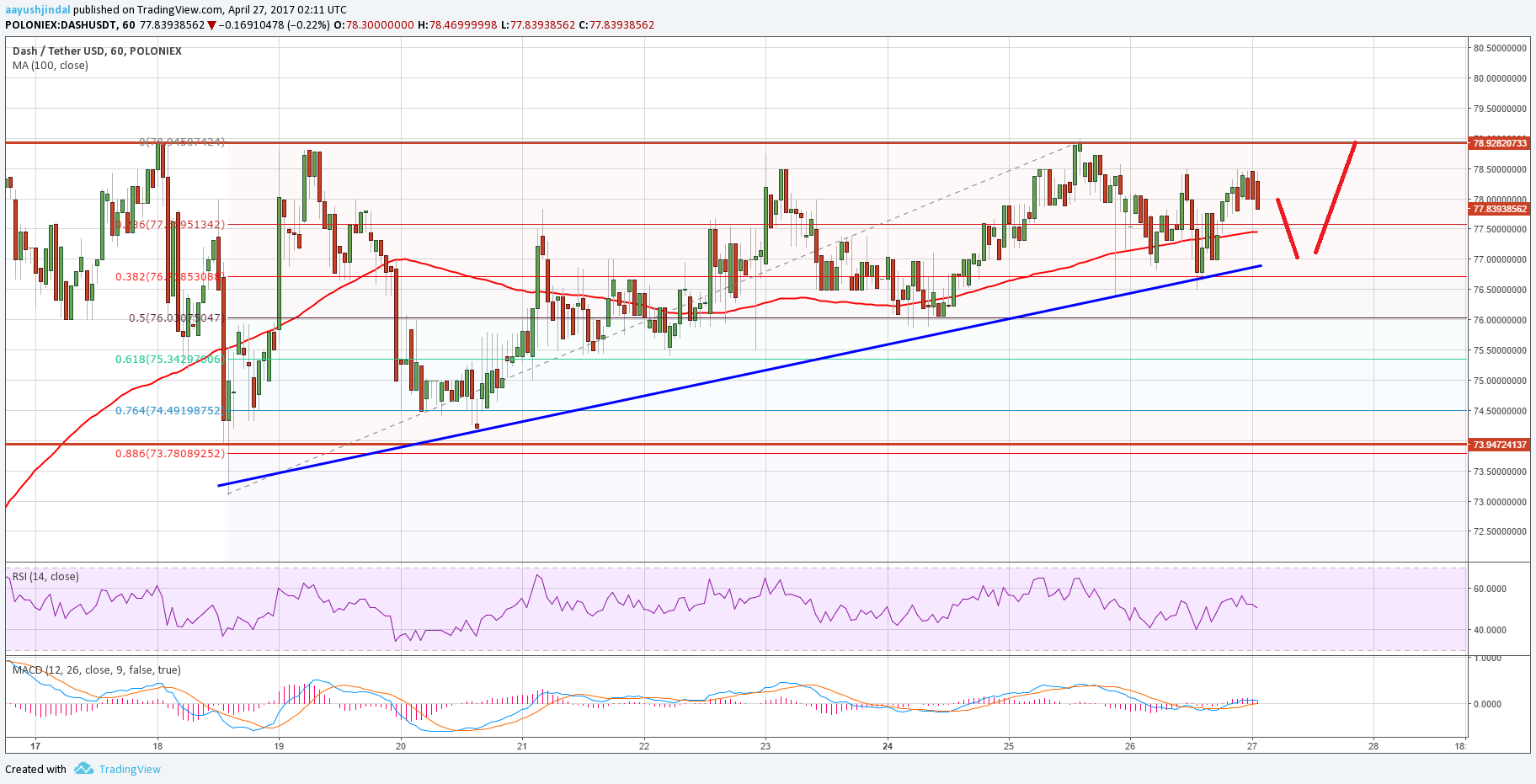 Dash price (DigitalCash) is mostly ranging in a pattern against the US Dollar, but it is also well supported above the $77-76 levels.

In the last analysis, we saw how there was a minor decline in Dash price towards $73 against the US Dollar. Later, the price recovered and moved above the $75 resistance area. It has now formed a major range pattern with support at $74 and resistance at $79. Recently, the price traded close to the $79 level, found sellers and struggled to move higher.

Now, the price is currently correcting lower towards the range support. An initial support is around the 23.6% Fib retracement level of the last wave from the $73.10 low to $78.94 high. Below, the 23.6% Fib level is the 100 hourly simple moving average at $77.80. The stated $77.80 level is important considering the fact that the $77 pivot is below it. Also, there is a major connecting bullish trend line with support at $77.50 formed on the hourly chart of DASH/USD. Hourly MACD – The MACD for DASH/USD is just in the bullish zone.

Hourly RSI – The RSI for DASH/USD is above the 50 level, but with no major momentum.