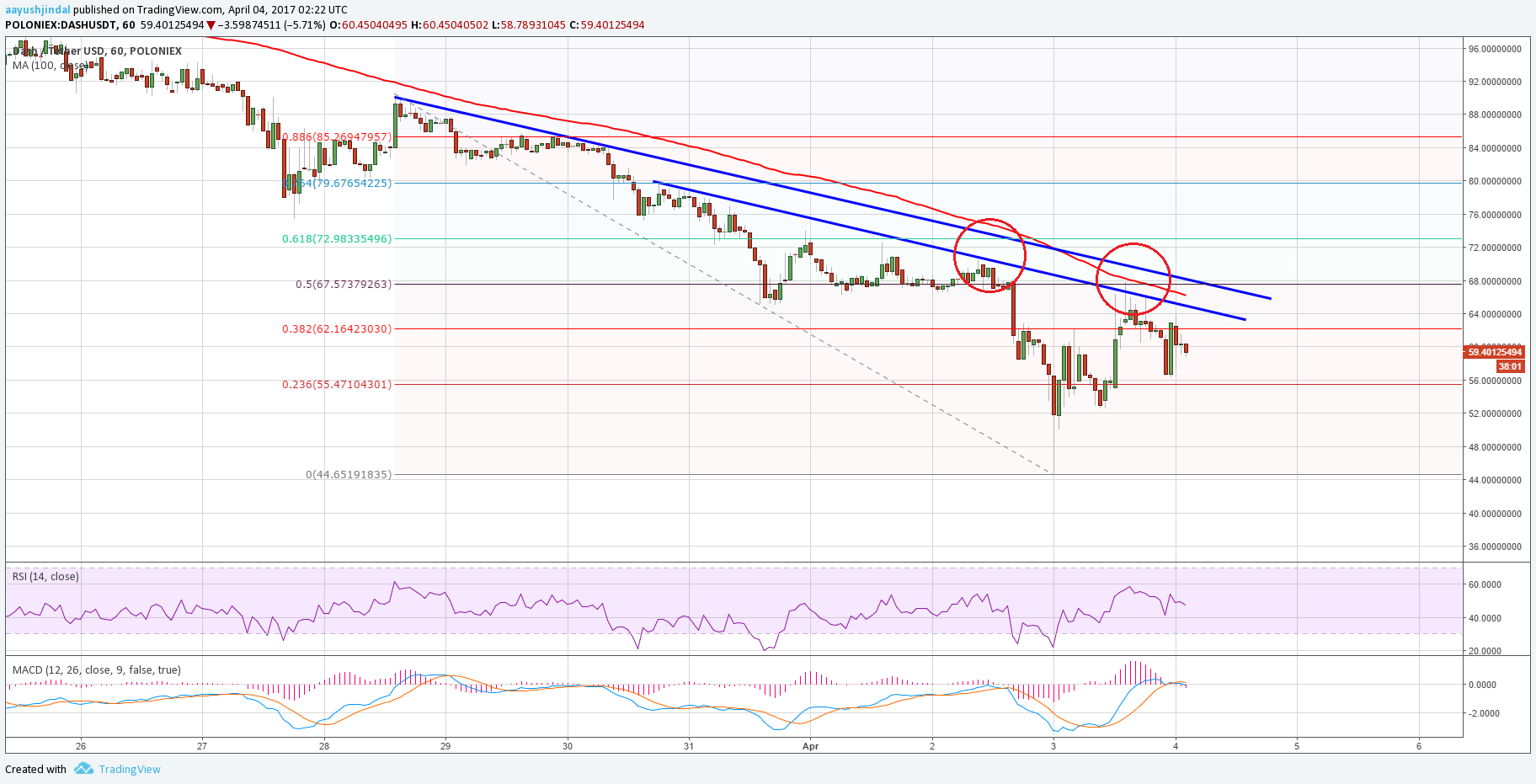 Dash price (DigitalCash) correction could not last long, as DASH/USD faced a lot of offers near $70 and moved down once again.

Yesterday, we saw a sharp downside move in Dash price, as it moved towards $45 against the US Dollar. The price traded as low as $44.65 before starting a correction. During the correction wave, it moved above the 38.2% Fib retracement level of the last decline from the $90 high to $44.65 low. However, the correction could not last long, as the price faced a lot of offers near the $68 and $70 levels.

The $68 resistance turned out to be a major hurdle for buyers. Actually, yesterday’s highlighted two bearish trend lines with resistance at $68 on the hourly chart of DASH/USD acted as a major barrier. It played well and prevented more gains above $68-70. Moreover, the 50% Fib retracement level of the last decline from the $90 high to $44.65 low also acted as a resistance. Last, but not the least, the 100 hourly simple moving average at $67 also played its part well, and stopped an upside move. As a result, the price is now moving lower, and trading below $62. Actually, there is a close below $60, which means the price might head towards $56. It looks like there can be more declines as long as the price is below $68.

Hourly MACD – The MACD for DASH/USD is again moving into the bearish zone.

Hourly RSI – The RSI for DASH/USD is struggling to settle above the 50 level.