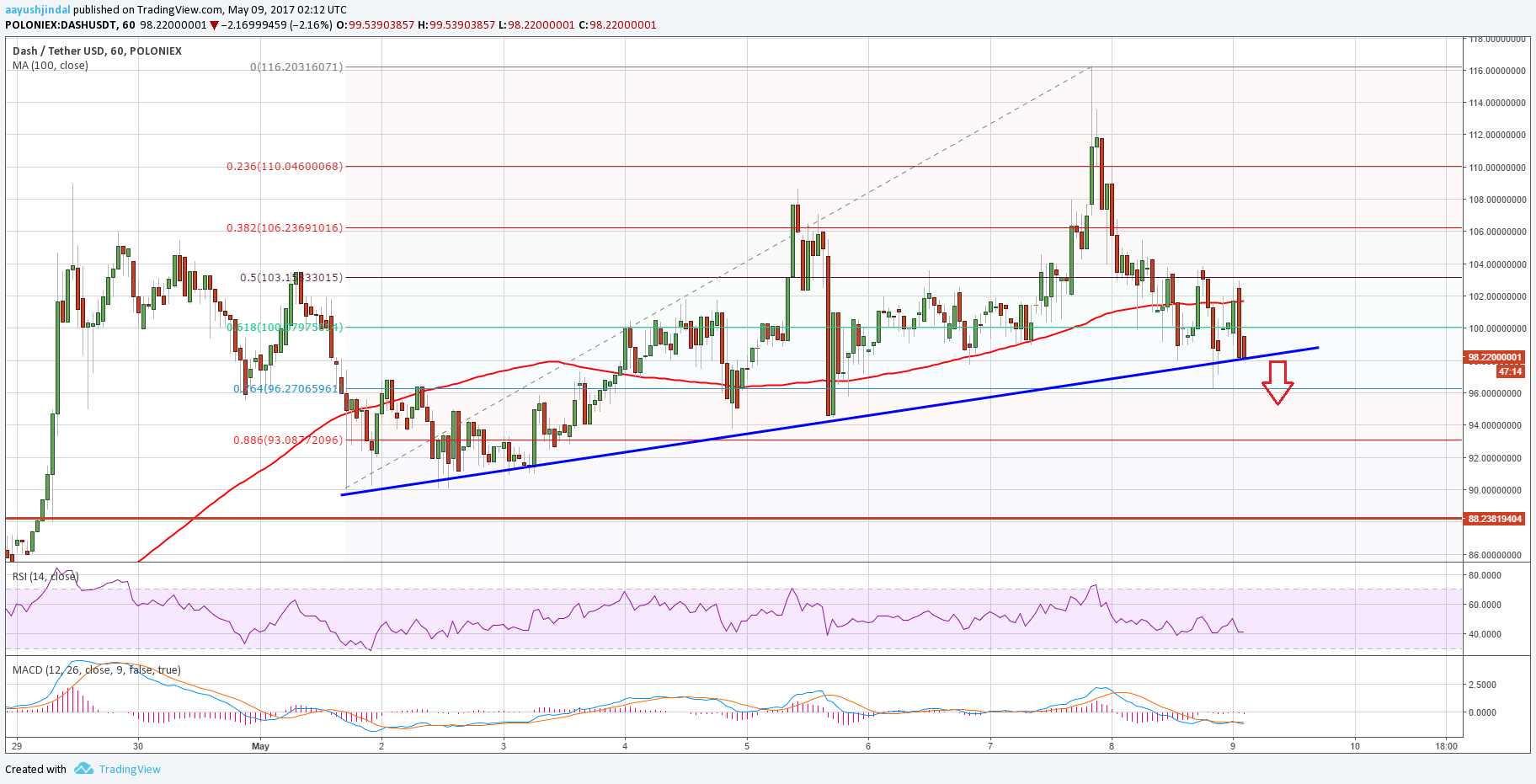 Dash price (DigitalCash) is currently struggling against the US Dollar and Bitcoin, and DASH/USD may soon break a major support at $98 for a downside move.

In the last analysis, we saw how there was an upside break in Dash price above $100 against the US Dollar. The price continued to trade higher and even managed to break the $110 level. A new high was formed near $116 where sellers appeared and pushed the price down. The price traded sharply lower, and moved below $110. There was a clear break of the 50% Fib retracement level of the last wave from the $90 low to $116 high.

The price even attempted a close below the 100 hourly simple moving average at $102. At the moment, the price is trading below $100, and attempting a crucial break. It is trading near a major bullish trend line with support at $98 on the hourly chart of DASH/USD. It is also below the 61.8% Fib retracement level of the last wave from the $90 low to $116 high. Hourly MACD – The MACD for DASH/USD is moving slowly in the bearish zone.

Hourly RSI – The RSI for DASH/USD is well below the 50 level and heading south.