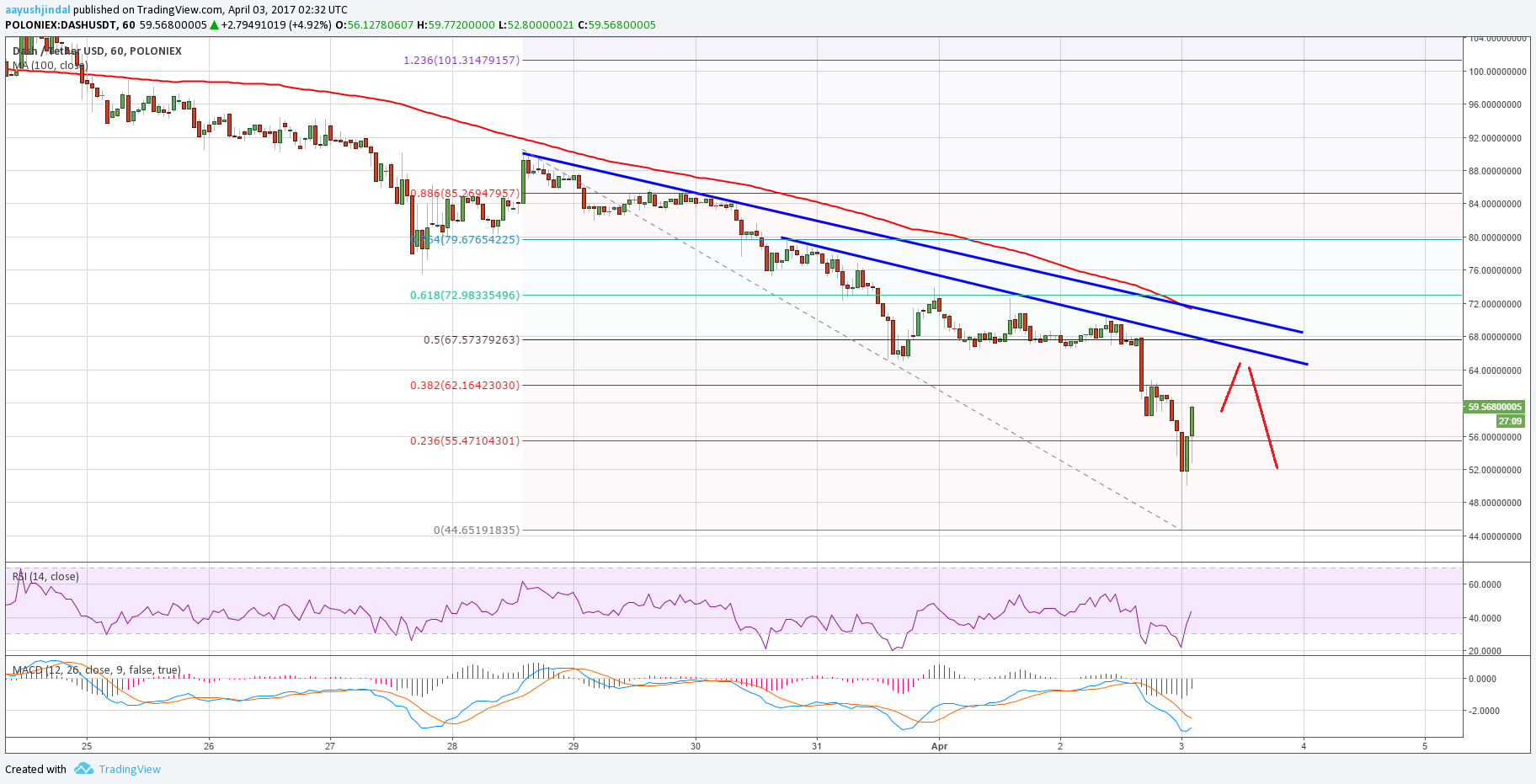 Dash price (DigitalCash) weakened a lot and traded towards $50 against the US Dollar, and DASH/USD may now continue to face sellers.

There was a sharp downside move in Dash price, as it cleared the $60 support against the US Dollar. The price traded lower and tested the $50 support area where it found buyers. A new weekly and monthly low of $44.65 was formed. The price started a recovery from the $50 support area, and currently attempting to move above $60. There was a solid increase in selling pressure, which ignited a downside move of more than 15%. So, if the price recovers further, it could face sellers near $68 and $70 levels. However, I think a close above $60 might also be difficult.

Hourly MACD – The MACD for DASH/USD is placed well in the bearish zone.

Hourly RSI – The RSI for DASH/USD is bouncing from the oversold levels.