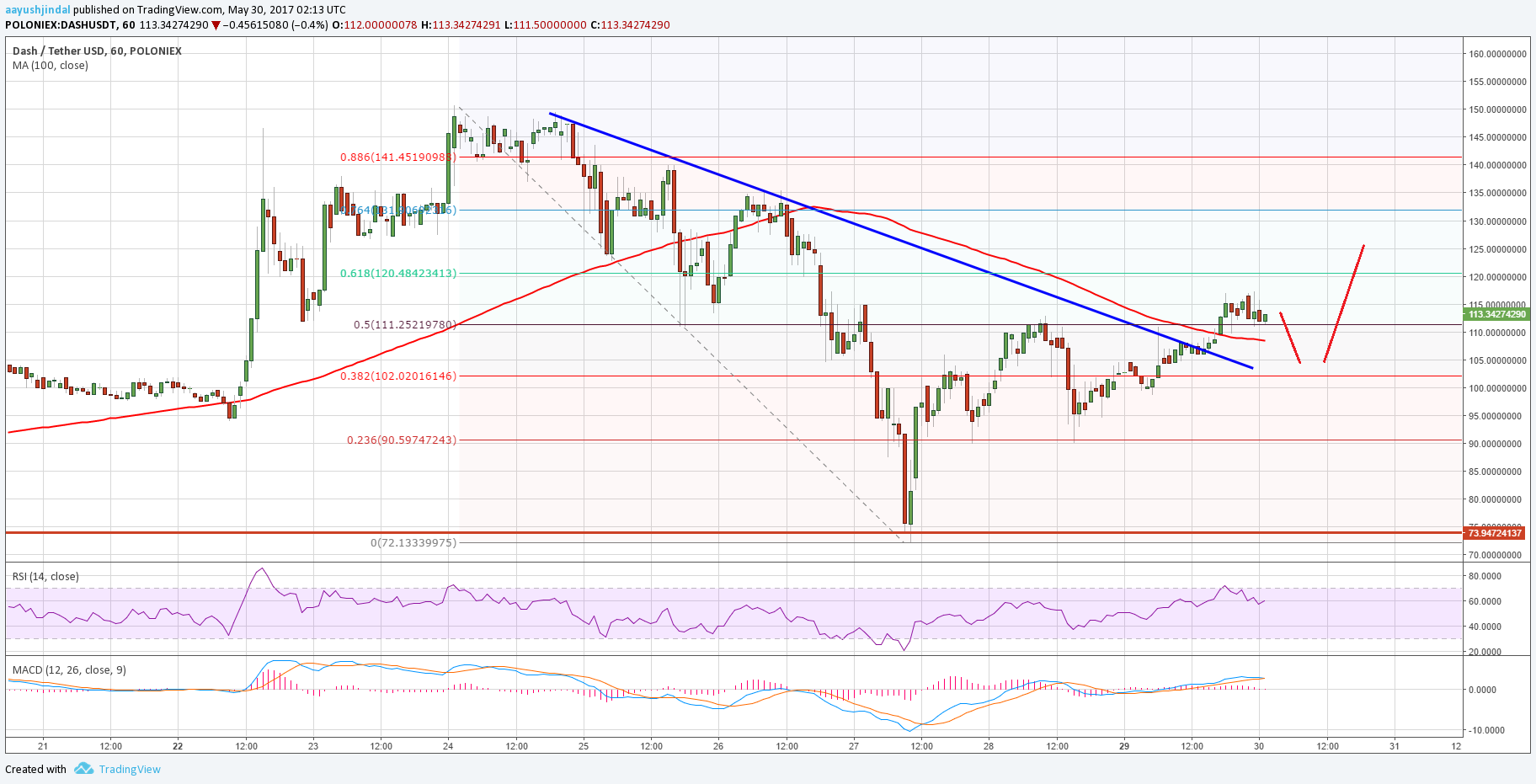 Dash price (DigitalCash) declined heavily against the US Dollar and Bitcoin on the weekend, but now DASH/USD is trading above $100 in the bullish zone.

It was a nasty ride for Dash price, as it tumbled by around $50 against the US Dollar. It traded from the $150 swing high to well below the $100 level before finding support at $74. The decline was such that the price even broke the 1.236 extension of the last wave from the $95 low to $150 high. Later, the price managed to hold losses below $70 and started an upside move.

The price has moved in the bullish zone above $100 and may continue to move higher. Any dips from the current levels may find support near $100 and the 100 hourly simple moving average.

Hourly MACD – The MACD for DASH/USD is sable in the bullish zone.

Hourly RSI – The RSI for DASH/USD is heading lower, but well above the 50 level.