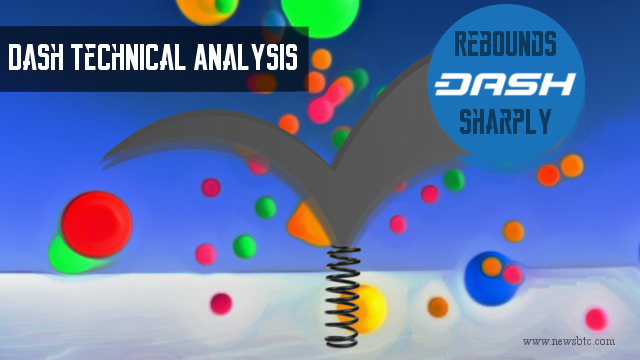 A solid reaction was noted around the recent lows in Dash at 0.0109BTC where buyers successfully defended the downside.

The Dash price managed to pop higher after failing around 0.0109BTC. Buyers successfully pierced the 50% Fib retracement level of the last drop from 0.0121BTC, and almost challenged the swing high. As noted in one of the previous analyses that 0.0120BTC was a major support, which might turn as a critical hurdle for buyers. Prices of Dash were stalled around the mentioned area and struggled to clear the hurdle.

However, there are a few positives to note from the hourly chart, as the price settled above the 100 simple moving average that may perhaps provide support to the pair later. Furthermore, the 38.2% Fib retracement level of the last wave from the 0.0109BTC low to 0.0120BTC high is aligned around the 100 MA to add value to the mentioned support.

If prices move higher from here, then there is a bearish trend line formed on the hourly chart, which could stall gains in the short term. Any further gains might put Dash buyers for a retest of 0.0120BTC. It won’t be easy for buyers to take the price above the mentioned barrier as it is a crucial swing zone. The hourly RSI is also topping, suggesting that a correction is possible moving ahead.

Overall, the price of Dash might consolidate in the short term before the next path is decided.